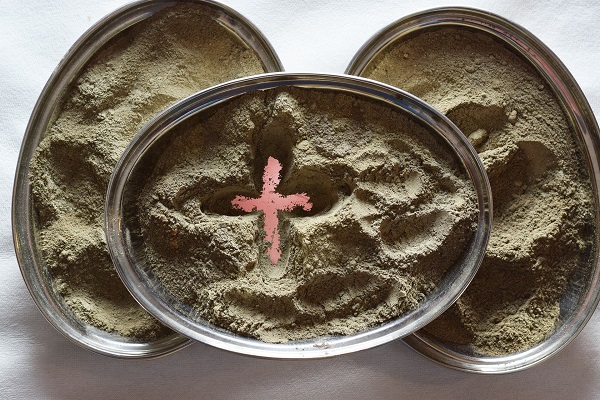 DuBois, PA – You likely won’t see anyone with ashes on their forehead today. Ash Wednesday, as with many other things right now, will have some changes due to COVID-19 restrictions.

During this year’s celebration of Ash Wednesday Feb. 17, many dioceses, including the Diocese of Erie, will be following the Vatican’s recommendation of a modified method for distributing ashes: sprinkling them on the top of people’s heads rather than using them to make a cross on people’s foreheads.

The sprinkling of ashes on individual heads would take place without any words said to each person. Instead, the familiar words of “Remember that you are dust and to dust you shall return” will be spoken to the entire congregation as the priest blesses the ashes with holy water. If you have questions, contact your specific church.

A message from the Roman Catholic Erie Diocese:

WASHINGTON (CNS) — Ash Wednesday, as with many other things right now, will have a different look at many Catholic parishes across the United States this year.

For starters, Catholic churches that are often standing-room only on this day — drawing crowds just short of the Easter and Christmas congregations — will be at their pandemic-restricted size limits with members of the congregation spread out in socially distanced seating.

Other Catholics will be watching the livestream Mass, as they have been for much of the pandemic, and will of course, not receive ashes.

Most churches are open now but are limiting congregation sizes and requiring parishioners to sign up for Masses. But parish life is not the same. This year, for example, there will likely be no parish pancake suppers on Mardi Gras, as there were just a year ago.

And during this year’s celebration of Ash Wednesday Feb. 17, many dioceses, including the Diocese of Erie, will be following the Vatican’s recommendation of a modified method for distributing ashes: sprinkling them on the top of people’s heads rather than using them to make a cross on people’s foreheads.

The note on the “distribution of ashes in time of pandemic” was published online in January by the Vatican Congregation for Divine Worship and the Sacraments.

It said priests should bless the ashes with holy water at the altar and then address the entire congregation with the words in the Roman Missal that are used when marking individual’s foreheads with ashes: Either “Repent and believe in the Gospel” or “Remember that you are dust and to dust you shall return.”

The sprinkling of ashes on individual heads would take place without any words said to each person.

Some dioceses have announced their plans to follow this step.

Father Tom Kunz, associate general secretary and vicar for canonical services in the Pittsburgh Diocese, said the different approach with ashes “will help the priest or deacon to avoid having direct contact with a large amount of people.” He also said this method is common in other countries.

“Even in a pandemic, Lent is a season of grace and an important moment in the church’s penitential practice,” he told The Pittsburgh Catholic, online diocesan news site.

The website of the Diocese of Fort Worth, Texas, posted videos in English and Spanish reviewing the practice of sprinkling of ashes on people’s heads explained by Father Thu Nguyen, diocesan director of liturgy and worship.

The Diocese of St. Petersburg, Florida, in its online guidelines for parishes during Lent, said if parishes “choose to distribute ashes during the current health crisis” the ashes cannot be self-imposed but must be given by a minister wearing a face mask.

The description on the diocesan website also stressed the “reception of ashes is not mandatory nor required.” It also said parishioners should know “their own internal disposition and intention to repent and start over” is the key to Ash Wednesday and that ashes are “an external sign of that internal reality. They may enter into Lent with a repentant heart even if they decide that receiving ashes is not the right thing for them this year.”

Jesuit Father Bruce Morrill, the Edward A. Malloy professor of Catholic studies at Vanderbilt University Divinity School in Nashville, Tennessee, said a change in the way ashes are imposed might disappoint many Catholics who are accustomed to the look and feel of Ash Wednesday.

Pope Francis sprinkles ashes on the head of a cardinal as he
celebrates Ash Wednesday Mass at the Basilica of Santa Sabina
in Rome Feb. 26, 2020. CNS photo/Cristian Gennari, pool

But he pointed out, as have others, that sprinkling ashes on the top of people’s heads is not something new but is a customary practice at the Vatican and in Italy. It also has historical roots linking back to the penitent aspect of ashes.

Ashes’ symbolism comes from Old Testament descriptions of wearing sackcloth and ashes as signs of penance. The Catholic Church incorporated this practice in the eighth century when those who committed grave sins known to the public had to do public penitence and were sprinkled with ashes. By the 12th century, the practice of penance and either sprinkling or marking of ashes became something for the whole church at the start of Lent.

The change for many parishes this year — where the words used prior to the distribution of ashes are just said once before the entire congregation — might also be hard for many people who would prefer to have that message told to them individually, Father Morrill said.

But he also noted that the practice of addressing the communal body, not just individuals, also could be important this year when many are in this very different experience together.

The priest told Catholic News Service Feb. 1 he knows that doing something different is “hard for people especially when so many are already stressed out and tired. I get that, but such are the circumstances we are in,” he said, noting that amid the pandemic, church officials are looking at ways to prevent speaking in close proximity to others or being in direct contact with them.

The choice of words prior to the imposition of ashes also is key this year because the reminder of one’s mortality “to dust you shall return” is almost unavoidable with the daily increase of deaths from COVID-19 but the call to “repent and believe in the Gospel” leaves the congregation with something they have to do.

Father Morrill said other denominations have similarly been looking at ways to modify their Ash Wednesday practice. Some churches are forgoing their “Ashes to Go” traditions of giving out ashes in public sites.

One Episcopal leader said not having ashes was another loss of this year, while another said it might enable people to focus on the true meaning of the day.

“While Lent itself remains the same, with the global pandemic, some of our activities will have to be nuanced to fit the needs of this time — particularly Ash Wednesday,” said the group.

“As we come together by staying apart, we know our celebration of Ash Wednesday this year will look very different. For many of us, this marks a full year of managing and planning around the coronavirus.”