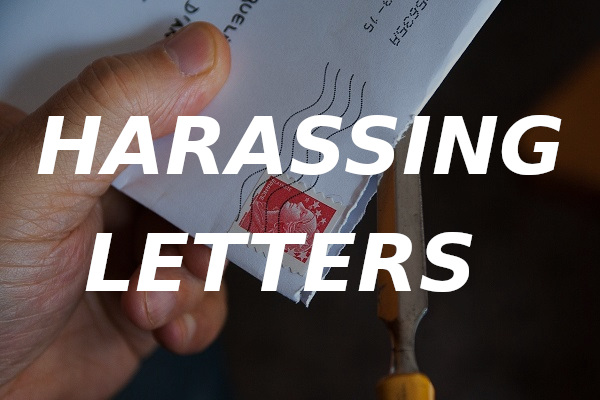 The letters were disturbing to victims and included derogatory information about one of the victims, although police do not give details about what any of the letters said.

The investigation is ongoing and is filed as a case of harassment and stalking.

Click here to see the online police report. (Scroll down to see this specific report on the anonymous letters.)