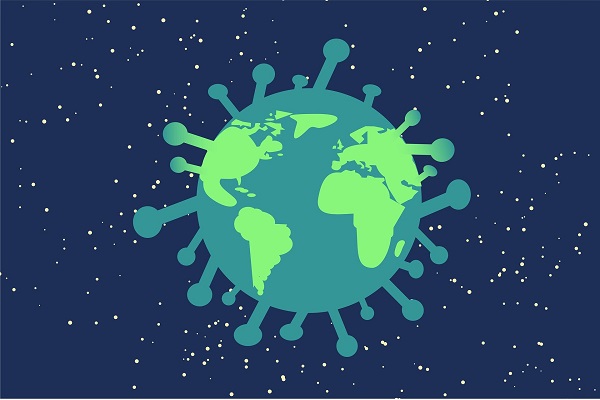 Harrisburg, PA – While COVID-19 case counts in our state continue to decline, percent positivity decreases, and more and more Pennsylvanians are vaccinated, we still are reporting thousands of cases a day and that is still concerning.

While Clarion, Elk, and Jefferson Counties are now in the moderate threat level of transmission, Clearfield County remains in the substantial threat level, the highest level on the scale.

Pennsylvania officials are encouraging us to hang on a little longer. Continue doing those simple steps like social distancing, washing your hands, and wearing a mask.

“While case counts continue to decline, percent positivity decreases, and more and more Pennsylvanians are vaccinated, we still are reporting thousands of cases a day and that is still concerning,” Gov. Wolf said. “We are on the right course. As the weather gets warm, please remember to wear a mask, practice social distance and wash your hands frequently as the virus still has a presence in our communities.”

As of Thursday, March 11, the state has seen a seven-day case increase of 12,483 cases; the previous seven-day increase was 13,542 cases, indicating 1,059 fewer new cases across the state over the past week compared to the previous week.

“Throughout our COVID-19 response, we have added tools for residents such as our COVID Alert PA app, and dashboards and educational materials online. As Pennsylvania continues to receive greater supplies, we encourage you to educate yourself on the vaccine, which is the best tool to prevent serious illness or death from COVID-19 and to protect you, your loved ones, and your community.”

From Friday, March 12 data, 21 counties were in the substantial level of community transmission, the highest level of transmission.

The Department of Health provides weekly data on the number of statewide cases of COVID-19 among 5 to 18-year-olds.

The Department of Health provides weekly data on the number of individuals who responded to case investigators that they spent time at business establishments (restaurants, bars, gym/fitness centers, salon/barbershops) and at mass gatherings 14 days prior to the onset of COVID-19 symptoms.

The department continues to prioritize case investigations to prevent outbreaks. In addition to the need for people to answer the call from a case investigator, Pennsylvanians should continue to take steps to prevent the spread of COVID-19.

Of the 15,960 cases reported February 28 through March 6 and excluding Philadelphia County residents and those who answered the digital case investigation, 17.7 percent (2,831) of respondents provided an answer to the question as to whether they spent time at a business establishment.

Of those who provided an answer, 2.6 percent, or 408, answered yes, they visited a business establishment 14 days prior to onset of symptoms:

In addition to the traditional case investigation, the Department of Health launched the new Connect & Protect Form as a means to complete a digital case investigation. During the week of February 28 – March 6, there were 858 forms completed and returned. Of the 98.8 percent, or 848 people, who answered whether they spent time at any business establishment two days before symptom onset or positive collection date if asymptomatic, 12.8 percent, or 110 individuals, individuals answered yes:

The numbers above highlight business settings and mass gatherings as possible sites for transmission. With less than 10 percent of those asked about what types of businesses they visited or if they attended a mass gathering responding to the question, the department is again reminding Pennsylvanians that it is essential that they answer the phone when case investigators call and to provide full and complete information to these clinical professionals or on the Connect & Protect form the case investigator provides.