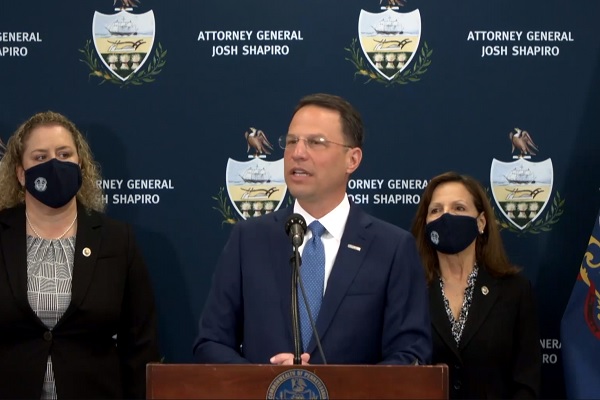 Officials say, instead, the money was reportedly pocketed by high level executives in the company and used for the company’s bottom line.

Harrisburg, PA – Attorney General Josh Shapiro today that Glenn O. Hawbaker, Inc., of State College, has been charged with four counts of theft relating to violations of the Pennsylvania Prevailing Wage Act and the federal Davis-Bacon Act. Hawbaker is one of the largest contractors to complete projects on behalf of the Commonwealth, receiving an estimated $1.7 billion in funding as of 2021.

“This is the largest prevailing wage criminal case on record — under Pennsylvania prevailing wage law and across the United States under federal law,” said AG Shapiro. “My focus now is on holding Hawbaker accountable for breaking the law, and getting these workers their money back.”

“Employers across this Commonwealth, you are on notice: if you steal from your employees, if you misclassify workers, if you violate our labor laws, we are going to find out, we are going to hold you accountable, and we will do all we can so Pennsylvania workers receive the wages and benefits owed to them under the law,” said Shapiro.

The Pennsylvania Prevailing Wage Act and the Davis-Bacon Act were enacted to level the playing field and protect workers by ensuring that all contractors working on projects that receive state or federal funding pay the same wage rates, which are determined by state and federal agencies. Contractors are permitted to satisfy a portion of the required wage by providing fringe benefits to employees. This portion is referred to as a “fringe benefit credit,” and is calculated by determining the hourly equivalent of the value of the benefit to the contractor.

While Hawbaker boasted that it provided great employee benefits, in actuality, the company was stealing its workers’ retirement, health, and welfare money. As a result of Hawbaker’s conduct, individual workers lost tens of thousands of dollars from their retirement. Hawbaker used its workers’ fringe benefit funds to lower their costs, and thereby increase profits for the Hawbaker family.

“This is the third in a series of prosecutions related to wage theft and misclassification over the last few months – and it isn’t the last. Too often, the workers that get stolen from are underpaid, have been denied benefits, and have been put into dangerous situations without appropriate training. My Office is committed, with our partners in law enforcement, to keep fighting until workers are treated right,” said Shapiro.

These charges conclude a three-year investigation into the company’s practices for calculating and claiming fringe benefit credits. Investigators discovered that the company stole wages from its workers by using money intended for prevailing wage workers’ retirement funds to contribute to retirement accounts for all Hawbaker employees – including the owners and executives. As a result, workers received less money in their retirement accounts than what was owed.

Hawbaker also stole funds intended for prevailing wage workers’ health and welfare benefits and used them to subsidize the cost of the self-funded health insurance plan that covers all employees. The company disguised its scheme by artificially inflating its records of benefit spending by millions of dollars each year and claiming credit for prohibited costs. Those measures created the appearance that it provided employees with benefits that far exceeded the cost of those that it actually did.

Although investigators determined that the complex and well-disguised sleight of hand had gone on for decades, Hawbaker could only be charged for the last five years due to the statute of limitations.

Attorney General Shapiro recognized the people on the ground who noticed the theft taking place and thanked them for sounding the alarm.

“I recognize that thousands of people across Pennsylvania are finding out for the first time that they were a victim to this company’s crimes. If you are a worker and you believe that you may have lost out on benefits because of this company’s actions, we want to hear from you,” concluded Shapiro. “We’ve set a hotline for workers to reach out: 814-746-3518.”