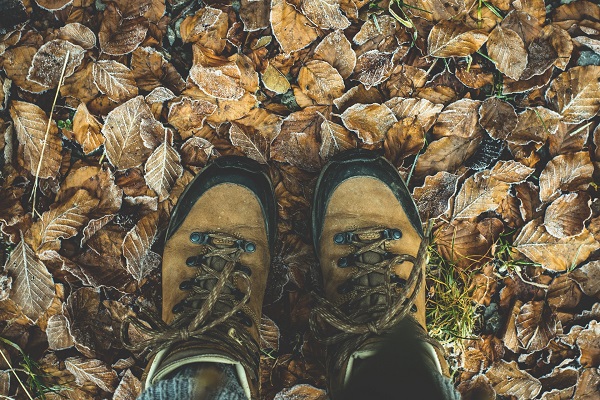 ​Harrisburg, PA – Hunters and other outdoors enthusiasts heading into Pennsylvania’s state-owned woodlands this autumn will find additional roads open in 18 of the 20 state forest districts, the Department of Conservation and Natural Resources (DCNR) announced.

“This improved accessibility, coupled with DCNR’s promotion of deer hunting, benefits forest regeneration and the overall ecosystem,” DCNR Secretary Cindy Adams Dunn said. “As a result, the Bureau of Forestry is opening more than 515 miles of state forest roads normally open only for administrative use. They again will be available to hunters, hikers, foliage viewers, and others visiting state forestlands this fall.”

When combined with state forest roads that are normally open most of the year for public travel, more than 3,200 miles of state forest roadways will be open during the statewide archery deer season, which opens Saturday, October 2, and closes Saturday, November 13.

Many of these roads will continue to stay open through other hunting seasons, continuing into January 2022.

Forest managers may close these roads at any time if weather conditions dictate, to prevent damage or deterioration to road surfaces or forest surroundings.

“Regardless of whether they seek deer, bear, turkey, or small game, hunters in our state forests will find more than 90 percent of that land now is within one-half mile of an open road,” said State Forester Ellen Shultzabarger. “We encourage safe, responsible use of the additional roads as we share our forests this fall and winter.”

DCNR and the Pennsylvania Game Commission continue to update a new interactive map of state forestlands and game lands across Pennsylvania.

Meanwhile, top-quality hunting is offered at many state parks — including those in the 12.5-county Pennsylvania Wilds region — where state forestland often surrounds them. Inexpensive camping can be found at many of those parks.

Primitive camping, where a motor vehicle is not used for storage or transportation during the camping experience, on state forestlands is also an option, giving hunters a backcountry camping or hunting experience.

When primitive camping at the same state forest site for more than one night, a camping permit is required.

Camping permits, issued by the managing forest district, are also required when motorized camping on state forestlands and while camping at designated sites.

Motorized camping is overnight camping in or near a vehicle when the vehicle is used for storage or transportation during the camping experience.

Many of these campsites are close to state parks and forestlands enrolled in the Pennsylvania Game Commission’s Deer Management Assistance Program, permitting hunters to take one antlerless deer or more when properly licensed.

Hunters traveling to some north central areas of the state are reminded some hunting areas and travel routes may be impacted by Marcellus Shale-related activities.

Some state forest roads may be temporarily closed during drilling operations or other peak periods of heavy use to reduce potential safety hazards.

Some of the state forest administrative roads will only be opened for the second week of the traditional rifle season because they cannot withstand the expected heavy traffic of the first week of that season.

Two- or three-month-long openings will be in effect only where there is minimal threat of damage or deterioration to road surfaces or forest surroundings.

Following the last day of the regular firearms antlerless deer season on December 11, many state forest roads that are open for year-round travel are opened for joint use by snowmobiles and licensed motor vehicles, including hunters and other recreational users.

A high-clearance vehicle with four-wheel drive and tire chains may also be needed at this time, depending on existing road conditions.

Because state forest roads are groomed for snowmobiles and not plowed or cindered like most other public roads, they may also be impassable at times, due to snow depth or icy conditions.

View a list of the administrative roads that DCNR forest managers plan to open this season.