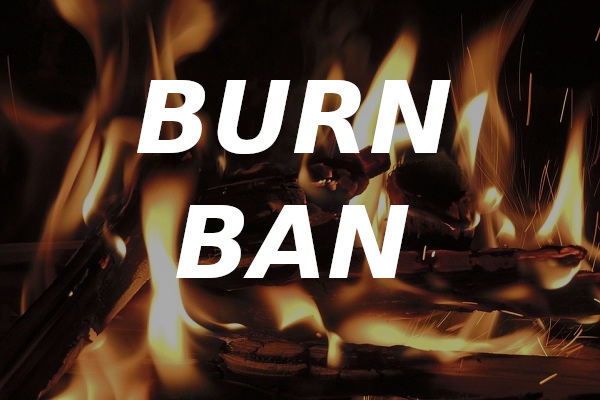 Although it might seem strange because we have some thunderstorms forecasted for the rest of this week, last week’s very dry weather means grass could still be dry enough to catch fire easily. There is still the potential for an accidental brushfire.

The ban is in accordance with Act 1995-52 of the General Assembly of the Commonwealth of Pennsylvania under the recommendation of the District Forester and the County Fire Chiefs.

They define “Open Burning” as the burning of any combustible material, including garbage, leaves, grass, twigs, litter, paper, vegetative matter involved with land clearing, or any sort of debris out of doors.

The use of propane or gas stoves, charcoal briquette grills, or the use of tobacco in any form is not covered under this Resolution.

Camp fires are allowed in fire rings that confine and contain the camp fire in designated state, federal or in DCNR licensed campgrounds.

Anyone who violates this act commits a summary offense and shall, upon conviction, be sentenced to a fine of not more than $100 for the first offense, $200 for the second offense, and $300 for the third offense.

Jefferson County Commissioners say it’s not their intent to fine individuals, but rather to educate on the dangers currently with drought conditions and the rapid spread of wildfires.