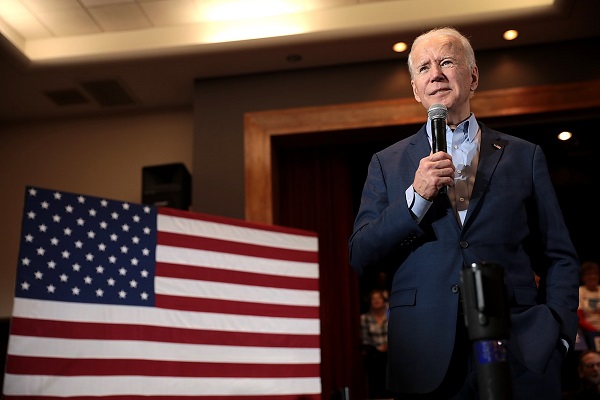 WASHINGTON (Associated Press) — The Latest on the presidential campaign (all times local):

Democrat Joe Biden has won Pennsylvania, surpassing the 270 electoral vote threshold to take the White House and become the 46th president of the United States.

Biden also carried Arizona, Wisconsin and Michigan on his path to the presidency, flipping states that President Donald Trump won in 2016.

Pennsylvania was a must-win state for Trump.

The 77-year-old Biden was born in Scranton, Pennsylvania, and sought to contrast his working-class roots with the affluent Trump’s by casting the race as “Scranton versus Park Avenue.”

Biden’s victory came after more than three days of uncertainty as election officials sorted through a surge of mail-in votes that delayed the processing of some ballots.

Trump is the first incumbent president to lose reelection since Republican George H.W. Bush in 1992.

EXPLAINER: Why did the Associated Press call Pennsylvania for Biden?

HERE’S WHAT YOU NEED TO KNOW ABOUT THE PRESIDENTIAL RACE:

With Pennsylvania now in his column, Democrat Joe Biden has passed the threshold of 270 Electoral College votes needed to win the presidency.

— Without Ginsburg, high court support for health law in doubt

— Trump faces tough road in getting Supreme Court to intervene

WHAT ELSE IS GOING ON:

States are still counting votes in the presidential election, Democrat Joe Biden is on the verge of victory and President Donald Trump is at his Virginia golf club for the first time since the end of September.

Trump left the White House on Saturday morning and had on golf shoes, a windbreaker and a white hat.

There were a few people with Biden flag banners outside the club entrance when Trump arrived.

Trump also has spent the morning tweeting about his unsubstantiated allegations of election fraud and illegal voting. Twitter hid four of the president’s tweets behind a warning label that they may contain disputed or misleading statements about the election.