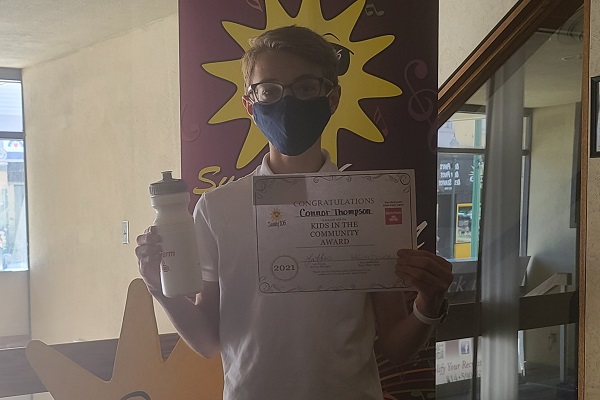 Falls Creek, PA – A big thank you to local young people who raised money for a family affected by the Mother’s Day fire in Falls Creek!

13-year-old Connor Thompson had organized a fund raiser to help one of his classmates who had been displaced by that fire. His classmate also lost five pets and was devastated.

Connor decided that he had to do something to help.

He and another classmate, Claire, had organized a Hat Day in which the students and teachers could pay a dollar to wear a hat to wear a hat and all the money raised would be donated to the family. They raised more than $800!

Listen to the full interview with Connor for Kids in the Community, brought to us by Kim McDonald: State Farm Insurance.