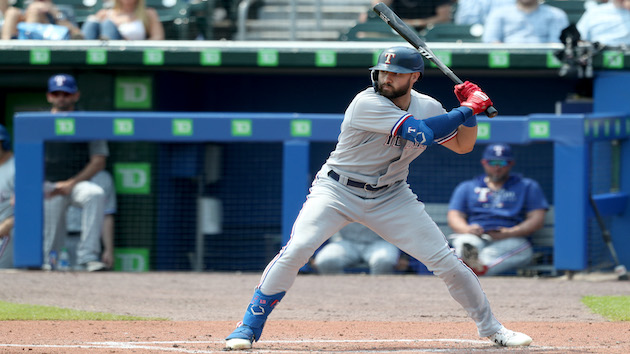 (NEW YORK) — The New York Yankees have acquired outfielder Joey Gallo from the Texas Rangers in a trade, the team announced Thursday.

“We are incredibly excited to add two players that will really help us,” said manager Aaron Boone before Thursday’s game against Tampa Bay. “I’m thrilled [Gallo] coming to join the fold. This is obviously a tremendous player, hopefully people are talking about what a tremendous all-around player… We got a lot better today.”

Boone said Gallo will be with the team on Friday.

Gallo is batting .223 with 25 home runs and 88 RBIs. His home runs rank sixth in the American League this season.