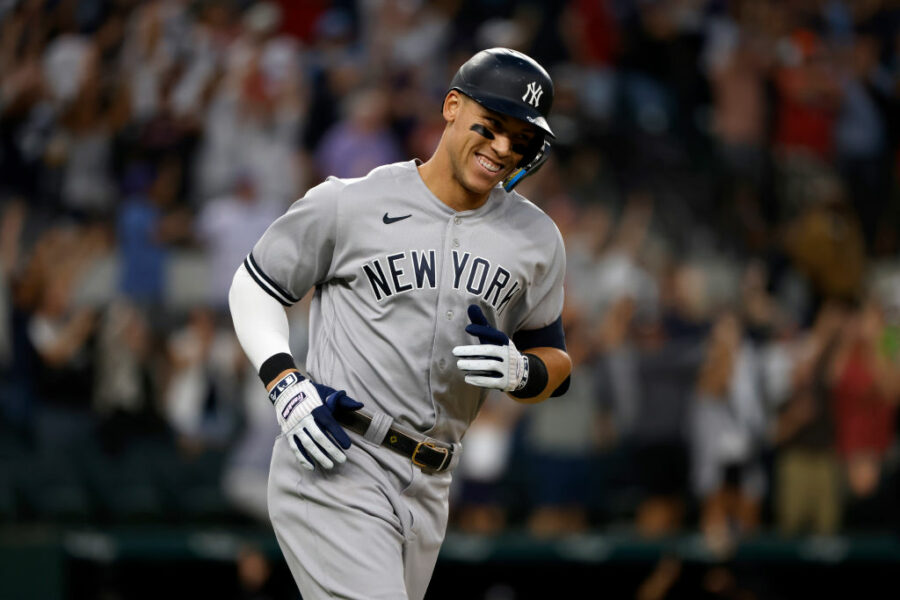 (NEW YORK) — Babe Ruth and Roger Maris are in the rearview mirror.

After nearly a week of waiting, Judge led off the second game of Tuesday’s doubleheader with a towering shot to left field against the Texas Rangers.

Judge tied Ruth with his 60th on Sept. 20 with a solo shot in the ninth inning against the Pirates. The homer sparked a five-run rally for the Yankees with a walk-off grand slam by Giancarlo Stanton.

After seven games without a home run, including a series against the rival Red Sox in the Bronx, the Yankees slugger broke through in the seventh inning Sept. 28 in Toronto to tie Maris. The two-run home run broke a 3-3 tie with the Blue Jays and came one night after the Yankees clinched the AL East title.

Judge, 30, has had a magical season as he pursues what will now likely be a bank-breaking contract extension. Judge turned down the Yankees’ final offer in spring training and said he would not negotiate during the final season on his current contract.

Instead, he’s done all the negotiating necessary with his eye-popping stats.

In addition to hitting 62 home runs, he’s in the hunt to win the AL triple crown — leading in homers, batting average and runs batted in. He leads by a wide margin in home runs and RBI, and is locked in a battle with Minnesota’s Luis Arráez for the batting crown. Miguel Cabrera was the last player to accomplish that feat when he did so in 2012. Cabrera was the first to win the triple crown since 1967.

Judge could lead both leagues in all triple crown categories, something that hasn’t been accomplished since Mantle in 1956.

Judge is only the sixth person to hit 60 home runs in a season. Bonds, Mark McGwire (twice), Sammy Sosa (three times), Maris and Ruth have all crossed the plateau, but Bonds, McGwire and Sosa have all been tainted by the so-called Steroid Era of the late 1990s and early 2000s.

Maris’ family, including his two sons, Roger Jr. and Kevin, attended games at Yankee Stadium to catch the record-breaking homer. Roger Jr. made the trip to Toronto to see Judge hits his 61st home run, sitting one row behind the Yankees’ dugout with Judge’s mother.

Why run a marathon? Pro-athletes and psychologists explain