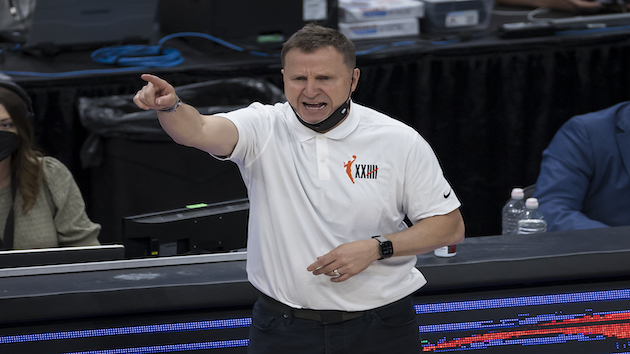 (WASHINGTON) — Washington Wizards head coach Scott Brooks is out after the two sides could not come to a new contract agreement, sources told ESPN’s Adrian Wojnarowski.

Brooks’s contract expired at the end of the season.

The Wizards finished with a 34-38 record and made the playoffs through the NBA Play-In Tournament but lost to Philadelphia in the first round.

Brooks led the team for five years and finished with a 183-207 record.

After Washington lost in the first round, general manager Tommy Shepard praised Brooks for navigating the year.

“Scotty did a hell of a job keeping this team together,” Shepard said. “This is some of the most difficult dark moments probably in franchise history.”

According to ESPN, Washington was shut down for nine days in January and went 13 days between games after seven players entered the NBA’s health and safety protocols.

Washington is the sixth head coaching opening in the NBA and the second on Wednesday. New Orleans head coach Stan Van Gundy was also out of a job. Boston, Indiana, Orlando, and Portland are also looking for new head coaches.