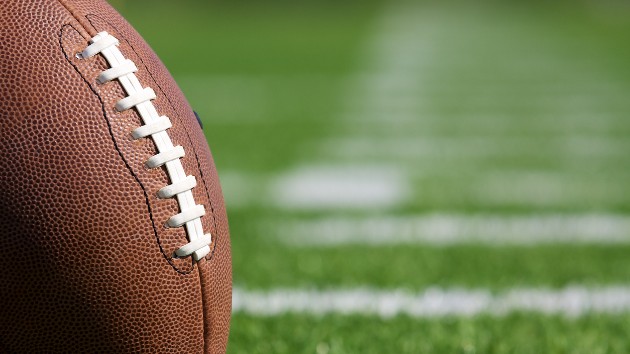 (TAMPA, Fla.) — Thousands of football fans in Tampa, Florida, many seen without masks and partying shoulder-to-shoulder in the streets as if in a pre-coronavirus time warp, are worrying health care professionals who fear the Super Bowl LV hoopla will become a COVID-19 super-spreader event.

Following the hometown Tampa Bay Buccaneers’ blowout win over the Kansas City Chiefs, revelers poured into the streets outside Raymond James Stadium and elsewhere in the city, apparently throwing caution to the wind and ignoring guidelines from the Centers for Disease Control and Prevention to stay masked up and socially distanced.

The NFL limited the crowd capacity to 22,000 in the 65,000-seat stadium and required spectators to wear masks. But outside, video footage from some Tampa neighborhoods showed scores of people without masks, turning streets into dance floors and high-fiving and hugging friends and strangers with abandon. Several nightclubs even opened their doors to take advantage of the festive atmosphere.

Adding to fears is the fact that the Super Bowl was played amidst the backdrop of the highly-contagious B117 variant, also known as the U.K. or British variant, sweeping through South Florida.

“Time will tell, but we have seen throughout the pandemic that when people gather — especially when you have drinking … as well as shouting and screaming, which can help project the virus — this creates a good substrate for the virus,” Brownstein said.

He noted that 10 days after the famed Sturgis Motorcycle Rally in South Dakota drew more than 460,000 people over the summer, a dramatic increase in new COVID-19 infections and deaths were traced to the event.

“That was a good example of a single-point event that brought a lot of people together with minimal adherence to interventions, and we saw the repercussions of cases and deaths as the result of a single event,” Brownstein said.

Tampa Mayor Jane Castor defended her city’s handling of the event on Monday, saying, “The media can always find examples of bad behavior.”

“I’m proud to say that the majority of individuals that I saw out and about enjoying the festivities associated with the Super Bowl were complying,” Castor said during a news conference. “They understood their level of personal responsibility and they were doing the right thing.”

She said that prior to the Super Bowl, the city enacted a mask mandate for certain neighborhoods where people are known to congregate, handed out 200,000 masks and launched a safety campaign in which thousands of volunteers were out advising people to wear masks or pull them up to cover their noses and mouths.

“You can supply everyone with a mask, advise them of the science behind it and expect that they are going to abide by the mask order,” Castor said. “Again, you’re going to find a few that don’t, but the majority that I saw were wearing masks.”

Castor did not release numbers on how many people police cited for violating COVID-19 protocols.

Cellphone videos posted on social media showed thousands of people, many not wearing masks, lining the streets of 7th Avenue in the popular Ybor City neighborhood throughout the weekend and late into Sunday night. Many of the revelers crowded inside and outside clubs that were open for business.

“Scenes from Ybor last night and a few other clubs were incredibly disappointing,” the Tampa Police Department said in a statement to ABC affiliate WFTS-TV in Tampa. “The city spent the better part of a year educating residents on precautions due to the pandemic and have recently put a mask order in place for both the entertainment and event zones to ensure the safety of our residents and visitors to our great city.”

Dr. Jay Wolfson, senior associate dean of the Morsani College of Medicine at the University of South Florida, told ABC News on Monday that the videos of football fans celebrating out in public are “just the tip of the iceberg” of the festivities that went on over the weekend in the Tampa area.

“There were neighborhood parties and basement parties, and parties inside private venues that we didn’t see where the same thing was going on in even more confined quarters,” Wolfson said.

He added that he drove by a barbecue restaurant Sunday night in a suburb of Tampa that was crowded inside and outside with Kansas City Chiefs fans, many of whom were not wearing masks or socially distancing.

Wolfson noted that many of the football fans who descended on Tampa over the weekend were from out of state.

“They’re going to now take whatever they have gotten from here, and some of them will have gotten something, and they’re going to bring it back to Kansas City or Chicago, or Minneapolis, wherever they come from, and that’s going to be part of that super-spreader activity,” Wolfson said. “And then we’re going to experience the same thing because many of the folks in the streets were Tampa or Florida residents.”

Mayor Castor said the celebration isn’t over. Tampa is planning to commemorate the Buccaneers’ big win with a public celebration. She said the city proved it can safely hold such an event after organizing a boat parade on the bay and a free ceremony at Raymond James Stadium that drew an estimated 12,000 to 15,000 people in September after the Tampa Bay Lightning won the National Hockey League’s Stanley Cup.

“We can’t have a historical event of this significance in our community and not celebrate,” said Castor, adding that the city saw no COVID-19 spikes after the Lightning’s celebration. “We will do it in a safe manner, but that adds another element to the celebration as well. But we definitely have to celebrate this momentous occasion.”

Meanwhile, St. Petersburg, Florida, Mayor Rick Kriseman is threatening to hit rapper 50 Cent with a fine for hosting a Super Bowl party on Friday night inside a private hanger at Albert Whitted Airport. Video of the event posted on Snapchat and Facebook showed a large crowd with many people, who paid a cover charge, not wearing masks.

“This isn’t how we should be celebrating the Super Bowl. It’s not safe or smart. It’s stupid,” Kriseman wrote on Twitter. “We’re going to take a very close look at this, and it may end up costing someone a lot more than 50 cent.”