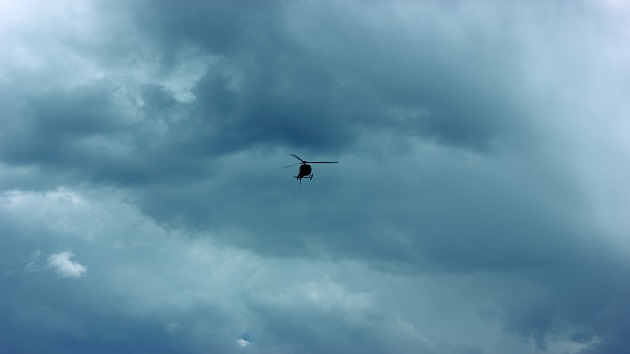 (NEW YORK) — Vanessa Bryant, the widow of NBA legend Kobe Bryant, is seeking to publicly name the Los Angeles County deputies who allegedly shared the photos of the helicopter crash site that killed her husband, daughter and seven others.

In September, Vanessa Bryant sued the Los Angeles County Sheriff’s Department over the sharing of the “unauthorized” photos, seeking damages for negligence, invasion of privacy and intentional infliction of emotional distress.

Vanessa Bryant’s lawyers filed an amended complaint on Wednesday that added the deputies and the Los Angeles County Fire Department as defendants in the lawsuit.

The new court documents detailed an internal affairs report by the sheriff’s department that states one deputy took up to 100 photos at the scene, several of which were then quickly shared by text and other phone messaging apps over the next two days by deputies.

The names of the deputies were blacked out in the complaint. The court will decide whether the complaint should be sealed.

“These specific deputies need to be held accountable for their actions just like everyone else,” Vanessa Bryant wrote in an Instagram story on Saturday.

Lawyers for Los Angeles County have argued to keep the deputies’ names sealed because releasing them would make personal information, such as home addresses, public as well, increasing the likelihood that they should be targeted by hackers who may try to gain access to their personal devices and publish the photos, the Los Angeles Times reported.

The county’s lawyers also argued that if the defendants were to remain anonymous, the “public will still be able to review the relevant allegations,” according to the Times.

The lawsuit also alleged that Los Angeles County Sheriff Alex Villanueva personally assured Vanessa Bryant shortly after the crash that deputies were securing the scene to protect her privacy. The complaint alleged that Villanueva later told Bryant that when he found out deputies took and shared photos he ordered them to be destroyed to prevent them from becoming public, calling the deputies’ conduct “disgusting” and “wildly inappropriate.”

After the initial lawsuit was filed in September, Villanueva said that the actions the department took “were the correct ones in extraordinary circumstances.” Villanueva has also noted repeatedly that the photos did not circulate wider because of his actions, the Times reported.

Several deputies and county firefighters shared images from the crash site from the personal phone, the complaint alleged. One deputy trainee who was guarding a trail that lead to the crash site allegedly shared multiple photos he received of Kobe Bryant’s remains to members of the public, including a woman and bartender at a bar later that night, according to the lawsuit. A bar security camera allegedly showed the trainee zooming into the photos as he shows them, and the bartender loudly boasted to patrons and other employees that he had seen Kobe Bryant’s body, the complaint states.

Kobe Bryant, his 13-year-old daughter, Gianna Bryant, and seven others — two teammates of Gianna’s, their parents and the helicopter pilot, were killed on Jan. 26, 2020, when the Sikorsky S-76B crashed onto a hillside in Calabasas, California.

Days after the crash, Vanessa Bryant released a statement saying she was “devastated” over a report by the Los Angeles Times that deputies who responded to the scene shared photos of the wreckage and victims’ remains.

In September, California Gov. Gavin Newsome signed a bill into law making it illegal for first responders to take unauthorized photos of dead people at the scene of a crime or accident.

The NTSB investigation into the crash, released earlier this month, found that the pilot, Ara Zobayan, became disoriented while flying in thick fog. Zobayan also did not follow training and violated visual flight rules, the investigation found.