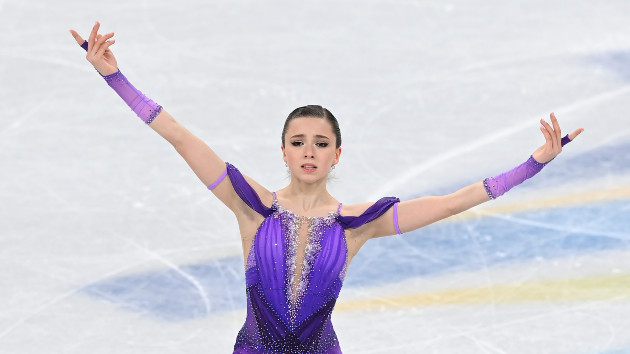 The 15-year-old, who represents the Russian Olympic Committee, scored a mark of 82.16, putting her in first place going into the free skate portion of the competition.

The winner of the women’s event will be determined after skaters compete in the free skate event on Thursday. The gold medal will be awarded to the skater with the highest total score (calculated as the sum of the two programs).

Valieva stumbled on her first jump in what was her first time competing since it was revealed she tested positive for a banned substance in December ahead of the Russian Figure Skating Championships, according to the International Testing Agency.

The Court of Arbitration for Sport ruled on Monday to allow Valieva to skate, despite the failed drug test.

During the figure skating team event, Valieva became the first woman to land a quadruple jump at the Olympics.

Russian athletes at the Olympics are competing under the name “Russian Olympic Committee” due to an ongoing ban against Russia participating in the games due to its previous doping violations. This is the second Olympics in a row in which Russia has been banned.

Russia has been banned from all its international sporting events because of the doping allegations.

Russian athletes who could prove they were clean and unconnected to the cover-up are allowed to compete.