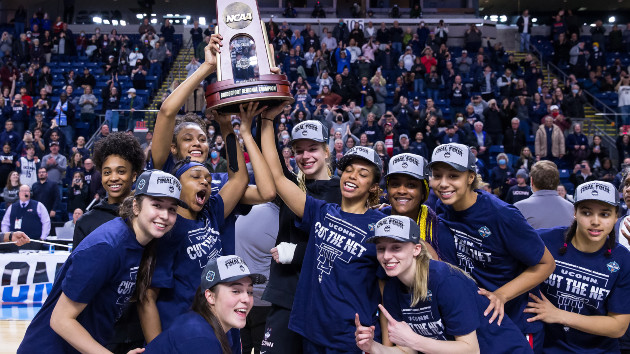 It took two overtimes but the No. 2 seed Huskies were able to top the Wolfpack 91-87 in the Elite Eight matchup at Total Mortgage Arena in Bridgeport, Connecticut.

The Huskies will now go up against No. 1 seed Stanford on Friday. Tip off begins at 9:30 p.m. ET at the Target Center in Minneapolis.