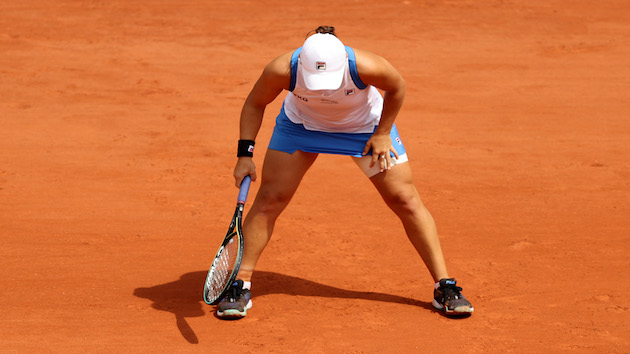 “We did everything we could to give myself a chance,” said Barty following the match. “It was a small miracle that we were able to get on the court for the first round, and again today, it was just not better and getting worse again.”

The 2019 French Open champion was trailing Magda Linnette 6-1, 2-2 when she retired.

Following her opening round match on Tuesday, Barty said her hip flared up over the weekend.

“I needed a bit of help today, needed some assistance to try to release it the best I could,” she said after her 6-4, 3-6, 6-2 over Bernarda Pera. “We were able to fight through and give ourselves a chance in the next round.”

Barty posted a 25-4 record with three titles coming into Roland-Garros. She retired during the quarterfinal of the Italian Open.

“It’s something that’s really disappointing, but we’ve had an exceptional [few] three months and a little bit of a setback,” said Barty. “What happened today and this week in Paris won’t take away from that. We’ve had a brilliant time, and it’s disappointing to end like this.”

Linette faces Ons Jabeur in the round of 32.