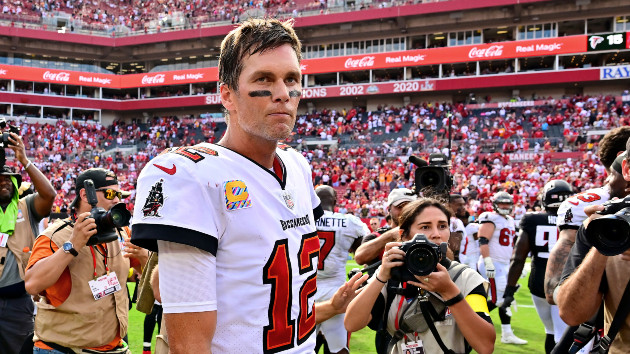 (NEW YORK) — Pickleball has gone from the country club to one of the fast-growing sports in the world and now another athletic icon has hitched himself to the bandwagon.

Tom Brady announced overnight that he will become a Major League Pickleball owner.

“Look, I’ve been trying to find a way to extend my professional sports career beyond my 40s, even into my 50s, 60s, 70s, as long as I can right?” Brady said in the selfie video post on Instagram. “And I think I got the answer — pickleball.”

“You know how I do with competition, right? I love that’s it’s become such a popular neighborhood sport. It’s a great way to get out of the house, but I’m coming to win. I’m coming to the dominate the sport,” Brady, 45, said.

Brady’s team will be co-owned with Belgian tennis star Kim Clijsters and a cadre of investors.

“Tom and I are very competitive. And, you know, we both come from professional sports. He’s still in it. And so we have that competitive spirit,” Clijsters said in a statement Wednesday. “[I’m] really excited about the team that we were able to combine.”

The seven-time Super Bowl champ and four-time major tennis champion are two of an estimated 4.8 million pickleball players in the U.S. As owners, the pair join a distinguished list of stars including LeBron James, Draymond Green and Kevin Love as well as future Pro Football Hall of Famer Drew Brees.

“For me, it was was a no-brainer when this investment came in front of me,” Clijsters told ABC News. “It’s a sport that, you know, is fun, that’s exciting, especially when — the four of you are up close to the net and you’re — having good, like good rallies and everything. Like, it’s exciting.”

Brady and Clijsters’ expansion team is expected to be 50% female-owned.

In the announcement about the pair’s plans, MLP also said “the expansion team is a part of a three-pronged growth plan for 2023, which will see 12 teams grow to 16, three events double to six, and player prize money and payouts surpass $2M.”

Former American tennis pro and coach Brad Gilbert weighed in on the hot new racket sport, telling ABC News, “I do see the sport growing because of how much quicker the learning curve is to play.”

“In tennis, sometimes movement is key,” he explained. “In pickleball, there’s not as much court to cover, which is a big thing potentially for older players.”

Speculation abounds regarding when Brady will retire from football. Whenever he does step away, Brady will move to the broadcast booth for a huge deal with Fox. But like many modern star athletes, he has an entrepreneurial streak.

“I do think a lot of these celebrities and athletes are saying, ‘Maybe it doesn’t cost billions of dollars like some of these other things,’ and they they see some potential and possibilities in [owning a pickleball team],” Gilbert said.

The 2022 MLP season concludes this weekend in Columbus, Ohio.

Kyrie Irving, Brooklyn Nets to donate $500,000 each to Anti-Defamation League