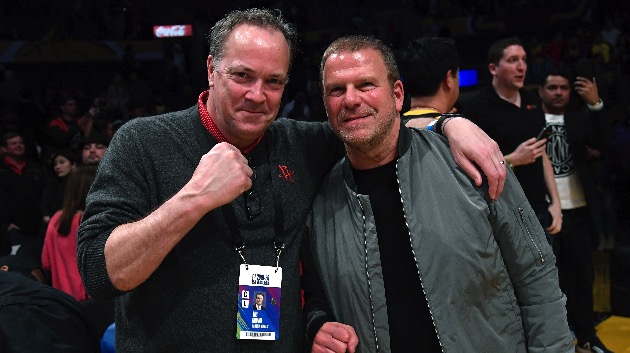 (HOUSTON) — Houston Rockets CEO Tad Brown on Friday announced he will resign at the close of the season, ESPN reports.

“It’s time to move on, and it’s time to take on other adventures that we’re looking forward to,” Brown said. “It’s been the greatest honor of my professional life to lead this organization. It’s been the ride of a lifetime.”

Brown joined the Rockets organization in 2002 as vice president of corporate development before his promotion to CEO in 2006.

The Rockets began a major franchise overhaul last fall with the departures of head coach Mike D’Antoni and general manager Daryl Morey. James Harden, a key player for the franchise, also exited through a trade to the Brooklyn Nets. Brown hinted at the impact these departures may have had on his decision.

“It was a challenging fall,” Brown said, according to ESPN. “The people who left meant a lot to me.”

Team owner Tilman Fertitta expressed only gratitude to Brown for his time with the Rockets.

“On behalf of the entire Rockets organization and my family, I want to thank Tad for his stellar and tireless service to the Houston Rockets franchise,” Fertitta said in a statement.

Fertitta also thanked Brown for his friendship and his role in building the Rockets organization, adding that he “could not have asked for a better leader to work with since becoming owner.”

Brown helped to arrange Fertitta’s 2017 purchase of the Rockets from Leslie Alexander for a record $2.2 billion.