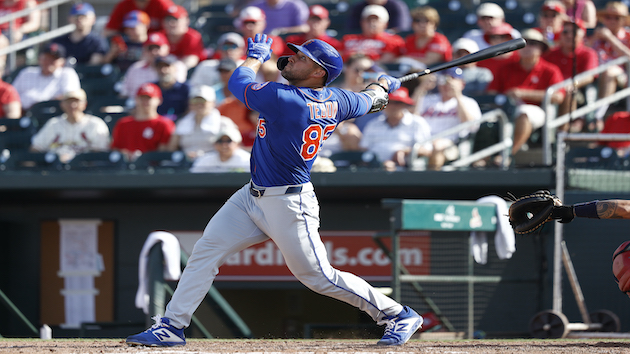 I never want to be partially in on anything. I always want to be 100% in on whatever I choose. Thank you again for everyone’s support of this awesome journey in baseball, I’ll always cherish my time as a Met! #LGM

Tebow signed with the Mets as a free agent in September 2016.

In 2017, he split time between Columbia and Springfield in Single A. In his first at-bat of his career, Tebow hit a homerun while playing for the Columbia Fireflies.

In 2018, Tebow rose to Double A and played for the Binghamton Rumble Ponies. That summer he was named to the Eastern League All-Star team.

Tebow’s final professional season was in 2019 and he played in 77 games for the Syracuse Mets.

“It has been a pleasure to have Tim in our organization as he’s been a consummate professional during his four years with the Mets,” said Team President Sandy Alderson in a statement. “By reaching the Triple-A level in 2019, he far exceeded expectations when he first entered the system in 2016 and he should be very proud of his accomplishments.”

The former Denver Bronco quarterback did not play in 2020 as the coronavirus pandemic wiped out the minor league baseball season.