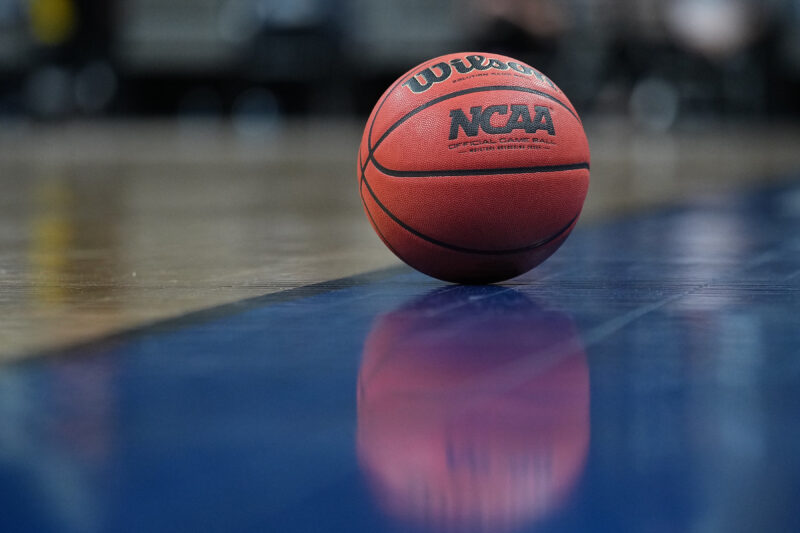 (WASHINGTON) — With March Madness in full swing, the National Collegiate Athletic Association on Wednesday faced off against a group of former college athletes at the U.S. Supreme Court in a long-running dispute over limits on education-related compensation.

The NCAA and its biggest, most lucrative athletic conferences want the justices to overturn a ruling abolishing the limits, saying it would erode the amateur nature of college sports and open the door to “pay for play.”

The athletes argue the rules unfairly suppress their ability to be rewarded for valuable skills and abilities in violation of federal antitrust law.

The case is one of the biggest tests in decades for the NCAA and its limits on athlete compensation, and it could dramatically alter the nature of college sports, some experts said.

While the NCAA allows schools to provide full tuition, room and board for athletes, it places limits on education-related benefits such as computers, paid internships and summer abroad programs which can value tens of thousands of dollars.

“In the present world, as the district court recognized, we permit student athletes to receive the ‘actual and necessary’ educational expenses,” NCAA attorney Seth Waxman told the justices during oral arguments in the case. “And the (lower) court said ‘no, you can’t place any limit on that’ … that permits schools to allow pay for play.”

Waxman argued that amateurism is a defining feature of college sports and that lifting caps on compensation would create “a regime in which student athletes can be paid large sums of money on account of their athletic performance, which does not distinguish college from professional sports.”

A majority of justices appeared concerned by the association’s position.

Chief Justice John Roberts noted the tens of thousands of dollars in insurance policies some schools pay for their athletes.

“Doesn’t that undercut amateurism?” he said.

Justice Clarence Thomas noted the disparity between coaches’ salaries and what players are allowed to receive.

“it strikes me as odd that the coaches’ salaries have ballooned and they’re in the amateur ranks as are the players,” Thomas said.

“So the argument is they are recruited, they’re used up and they’re cast aside without even a college degree. So they say, how can this be defended in the name of amateurism?” Alito said.

Justice Elena Kagan accused the NCAA of “very high-minded” talk of amateurism when the schools have essentially “gotten together into an organization that has undisputed market power and they use that power to fix athletic salaries at extremely low levels.”

Justice Brett Kavanaugh said plainly that “anti-trust law should not be a cover for exploitation of student athletes.”

But several justices also voiced support for the association’s need to maintain a distinction in college sports.

Roberts worried aloud that rolling back too many limits on student athlete compensation could be “like a game of Jenga.” “You pull out one log and then another, and everything’s fine, then another and another and all of a sudden the whole thing comes crashing down.”

“I worry a lot about judges getting into the business of deciding how amateur sports should be run,” added Justice Stephen Breyer.

Thomas said he was “perplexed” about how to ensure “an important distinction between student athletes and professional athletes without (the NCAA) constantly being involved in litigation.”

The athletes’ attorney, Jeffrey Kessler, repeatedly sought to assure the court that the nature of college sports would not be altered by ending the cap on education-related expenses covered by schools.

“We heard over and over again that each loss was going to destroy college sports … it’s never happened,” Kessler said. “We’re not challenging any restrictions or rules regarding that they have to be students. And, in fact, the education-related benefits here would help them to succeed as students.”

The court is expected to hand down a decision in the case by the end of June.