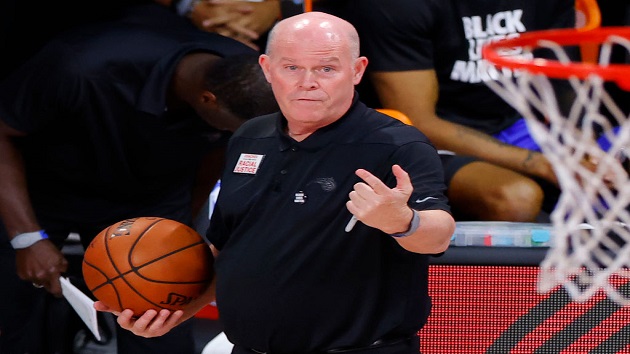 (ORLANDO, Fla.) — The Orlando Magic announced on Saturday that they have mutually agreed to part ways with Steve Clifford with one year left on his four-year contract. Clifford led the team to two straight playoff appearances in his three seasons as the head coach.

In a statement, President of Basketball Operations Jeff Weltman said, “We would like to thank Steve for his contributions to the Orlando Magic. We appreciate the many sacrifices he has made as our head coach and understand the timeline of our new path does not align with his goals as a head coach in our league.”

Clifford has compiled a record of 292-345 in eight seasons as the coach in Charlotte and Orlando. During the 2018-2019 season, Clifford led the Magic to their first Southeast division title since 2009-2010.

“I would like to thank the Devos family, Magic leadership and the entire staff, and certainly wish everyone well. It’s been an honor and privilege to coach this team in this community.”

The Magic join the Portland Trail Blazers and Boston Celtics as teams with head coaching vacancies.