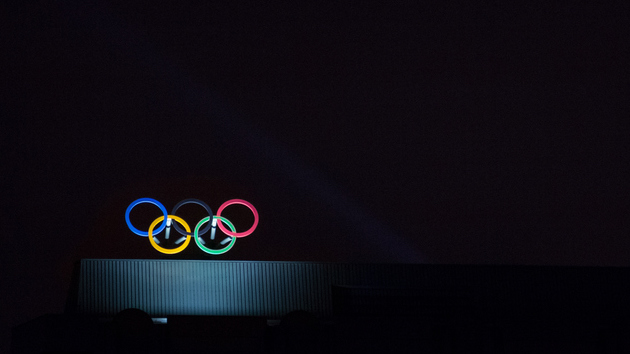 (TOKYO) — American gymnastics superstar Simone Biles has broken her silence in her first tweet to fans since withdrawing from both the team and individual competitions at the Tokyo Olympics due to mental health concerns.

“The outpouring love & support I’ve received has made me realize I’m more than my accomplishments and gymnastics which I never truly believed before,” Biles, 24, wrote on both Instagram and Twitter, alongside a white heart emoji.

Biles was seen on Thursday in the stands in Tokyo cheering on her teammates Sunisa Lee and Jade Carey as they competed in the individual all-around final, an event the U.S. has won at four straight Olympics.

Carey replaced Biles in the individual competition after Biles withdrew “to focus on her mental health,” USA Gymnastics announced Wednesday.

“Simone will continue to be evaluated daily to determine whether or not to participate in next week’s individual event finals,” USA Gymnastics said in a statement. “We wholeheartedly support Simone’s decision and applaud her bravery in prioritizing her well-being. Her courage shows, yet again, why she is a role model for so many.”

Biles had qualified in all six of the women’s gymnastics finals at the Tokyo Olympics — team, individual all-around, vault, uneven bars, balance beam and floor. She was on track to win an unprecedented six gold medals during the Games, with the aim of becoming the first woman since 1968 to win back-to-back titles in the all-around, a competition that tests individual gymnasts on each of the four apparatuses.

Biles left the team competition early Tuesday following a rare stumble on vault. The U.S. women’s gymnastics team went on to win a silver medal, with Biles on the sidelines cheering for her teammates.

“I just never felt like this going into a competition before,” Biles said at a press conference Tuesday following the team final. “I tried to go out here and have fun, and warm up in the back went a little bit better, but once I came out here I was like, ‘No, mental is not there.’”

She went on, “I didn’t want to do something silly out there and get injured. So I thought it was best if these girls took over and did the rest of the job, which they absolutely did.”

Biles’ honesty about mental health and her decision to put her health first have been applauded by her teammates and fellow athletes.

“Words can’t explain how proud I am of you. I LOVE YOU and am literally crying just thinking about everything. WE did this together,” Biles’ teammate Jordan Chiles wrote on Instagram.

“Sending love to you,” Kerri Strug, a member of the gold-medal winning 1996 Olympic women’s gymnastics team, wrote on Twitter, alongside goat and heart emojis.

“I think it’s more than a conversation now. I think it’s a movement,” USA Today sports columnist Christine Brennan said on “Good Morning America” of elite athletes — from Biles and Naomi Osaka to Michael Phelps and Simone Manuel — speaking out about mental health. “This is, I believe, a true movement of some of the top athletes in the world bringing this to everyone’s attention.”

“And it’s not only, of course, helping them but it’s helping kids, it’s helping others,” she said. “These are role models for millions of young people and hopefully they’re able to get that message that they can talk about this as well.”