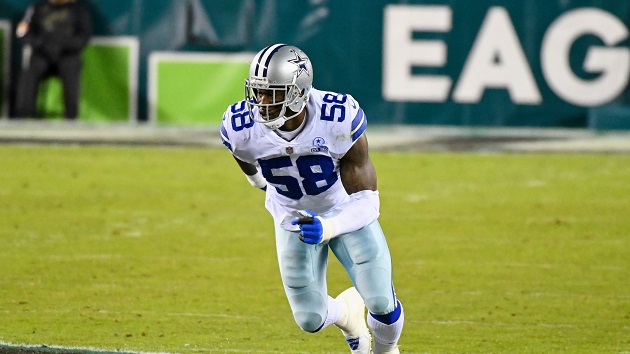 (SEATTLE) — Seattle Seahawks defensive end Aldon Smith turned himself in late Tuesday after a warrant was issued for his arrest in the New Orleans area, according to a report by ESPN’s Brady Henderson. Smith was booked on a second-degree battery charge and released on a $25,000 bond.

An arraignment is scheduled for July 14.

In a statement after the warrant was issued, the Seahawks wrote that the team is “aware of the reports” and that they are “gathering more information.”

Statement from a @Seahawks spokesperson: pic.twitter.com/anRwYtuvIf

Smith, 31, had just recently joined the Seahawks on a one-year, $1.1 million dollar deal. He resurrected his career with the Cowboys in 2020 after missing more than 4 seasons because of an indefinite suspension by the NFL for violating the league’s substance abuse policy.

Smith has also had issues off the field, with multiple DUI arrests. He also faced domestic violence charges before being released by the Oakland Raiders in 2018.