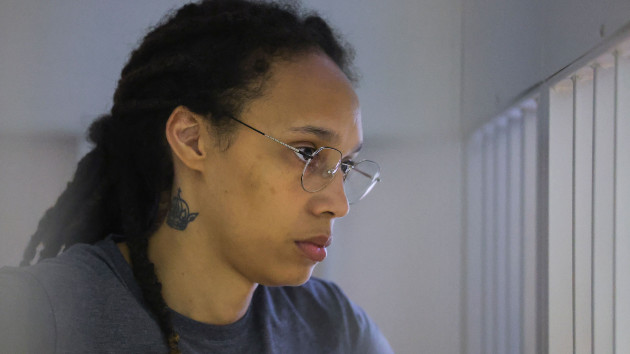 (NEW YORK) — A Russian court has denied the appeal of WNBA star Brittney Griner, who is facing nine years in a Russian prison on drug charges.

Griner appeared virtually at her appeal hearing on Tuesday and urged the court of reassess her sentence, saying that people found guilty of lesser crimes were given shorter sentences.

“I beg that the court takes in all of the stakes that was overlooked in the first court and reassess my sentence here,“ Griner said, apologizing for her “mistake” and saying that it has been “traumatic” to be away from her family.

Griner, a 31-year-old Houston native who plays professional basketball for the Phoenix Mercury, was detained on Feb. 17 at Sheremetyevo International Airport in Khimki as she returned to Russia to play during the WNBA’s off-season after she was accused of having vape cartridges containing hashish oil, which is illegal in the country.

Griner pleaded guilty to drug charges in July, saying that the vape cartridges containing hashish oil were in her luggage mistakenly and that she had no “intention” of breaking Russian law.

“Her being afraid of not being released is mostly connected to the negotiations, which we are not aware of at all,” Griner’s attorney Alexandr Boikov told ABC News on Oct. 13.

After being detained in Russia for more than five months, Griner was found guilty on drug charges in a Moscow-area court on Aug. 4 and was sentenced to nine years in prison. Her attorneys filed an appeal on Aug. 15.

“She is not very much hopeful for the appeal because the first court decision — the verdict showed that the case is totally unjust even by present Russian standards, and we are not hoping for a big release, but of course we hope for the best,” Boikov previously told ABC News.

The WNBA star turned 32 behind bars in Russia on Oct. 18, but she was able to spend a few hours with her lawyers who relayed birthday messages to her, as well as speak on the phone with U.S. officials.

“Thank you everyone for fighting so hard to get me home. All the support and love are definitely helping me,” Griner said through a message shared by her attorneys.

The U.S. government classified Griner’s case on May 3 as “wrongfully detained,” meaning the U.S. will more aggressively work to negotiate her release even as the legal case against her plays out, the State Department has said.

Russia’s invasion of neighboring Ukraine began one week after Griner was detained, and some officials have expressed concern that Americans jailed in Russia could be used as leverage in the ongoing war.

State Department spokesperson Ned Price told ABC News earlier this month that securing the release of Griner and Paul Whelan — an American detained in Russia since 2019 — remains “a priority for this administration.”