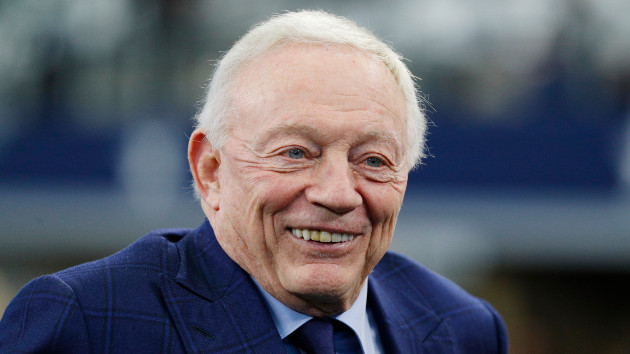 (DALLAS) — Jerry Jones, the owner of the Dallas Cowboys, was reportedly involved in a car crash in Dallas Wednesday night.

Jones, 79, reportedly suffered minor injuries. A source confirmed to ESPN that he was taken to a local hospital as a precaution.

Stephen Jones, Jerry’s son and the executive vice president of the Cowboys, told ESPN in a text message later that his father was back home and “all good.”