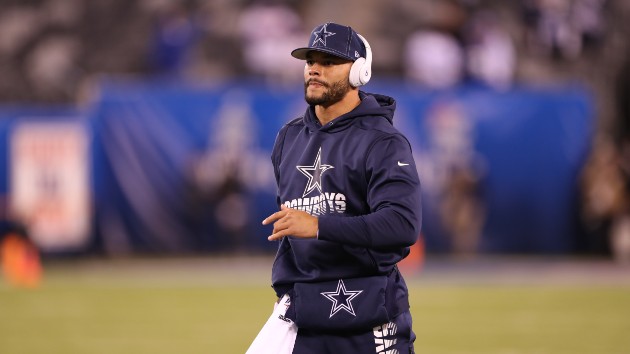 (FRISCO, Texas) — It appears Dak Prescott will be staying put in Dallas for the next few years.

Citing a source, ESPN reports the 27-year-old quarterback and the Dallas Cowboys have agreed to a four-year, $160 million contract. The deal includes a $126 million guaranteed and can be worth up to $164 million, according to ESPN.

In a tweet Monday evening, the Cowboys announced they have agreed to terms on new contract with Prescott. No further details were provided but the team is expected to hold a press conference Wednesday.

Prescott has been with the Cowboys since 2016, when he was drafted by the team. In his five seasons with Dallas, he has amassed a 42-27 record, 17,364 passing yards, 106 touchdown passes and 40 interceptions.