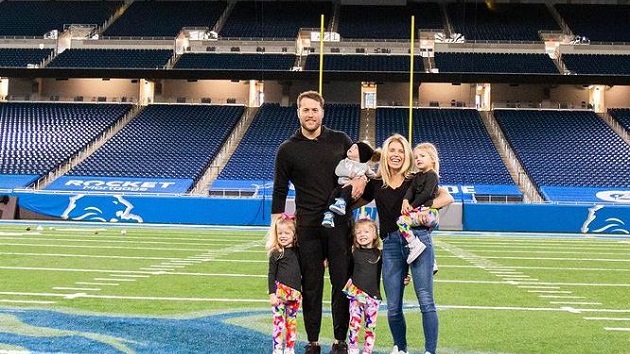 “It has been our goal to always give back to the city. Detroit and its people have blessed us in so many ways, we only hope you have felt our gratitude through our joy of giving back to the city,” she wrote in the post. “As we sat down and tried to figure out how to thank you one last time, we felt like words were not sufficient. And so, we have teamed up with Mitch Albom to create an education center that will be attached to the SAY PLAY Center where Stafford Field is also located.”

"Our final thank you. … Detroit has supported our family not only by showing up on Sundays, but also through our most difficult times."

According to the SAY Detroit website, the proposed 20,000 square foot facility will include classrooms, labs, and an auditorium.

Stafford spent more than a decade playing football in Detroit, leading the team for 12 seasons, before he was traded to the Rams in exchange for quarterback Jared Goff and three draft picks.