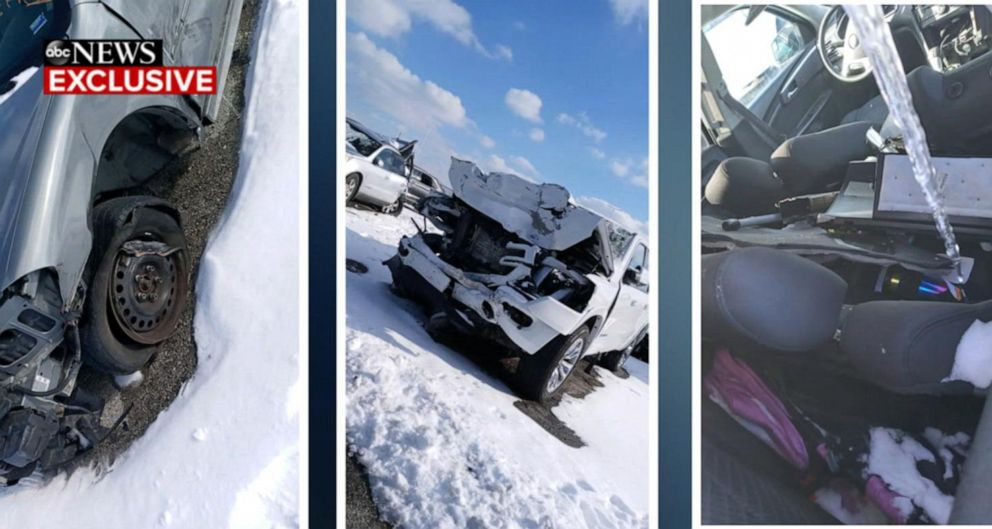 Police handed over the investigation to the Jackson County Prosecutor’s Office in “recent days,” the office confirmed to ABC News.

A spokesperson for the office had no additional comment on the case, including any timeline for reviewing it or any charges recommended by police.

The collision occurred Feb. 4 on a highway near the Kansas City Chiefs’ training complex next to Arrowhead Stadium in Kansas City, Missouri. Reid, 35, was driving a Ram pickup truck when he struck two vehicles that were stopped on the side of southbound Interstate 435 just after 9 p.m. local time, according to police.

A 5-year-old was in critical condition with a brain injury and a 4-year-old was hospitalized with non-life-threatening injuries after the crash, police said. All other vehicle occupants suffered minor injuries.

Reid, the son of Chiefs head coach Andy Reid, was injured in the wreck and taken to the hospital with undisclosed injuries. He did not join the Chiefs in Tampa for the Super Bowl that weekend.

According to a search warrant application obtained by ABC News, an officer at the scene reported smelling “a moderate odor of alcoholic beverages emanating” from Reid, and that his eyes were bloodshot. Reid allegedly told the officer he had two to three drinks and had taken Adderall, according to the warrant.

Police had said they were investigating whether Reid was impaired before the crash.

“We’re going to be advocating for the most serious charges and the most serious sentence that Britt could ever receive,” the attorney, Tom Porto, said in an interview last month. “We don’t have the toxicology back — I don’t know what it is going to be. What I do know are the statements that he made to police that night. If you have two or three drinks, and then you get behind the wheel of a car, you are likely over the legal limit.”

Reid, who was an outside linebackers coach for the Chiefs, was placed on administrative leave amid the investigation into the crash. His contract has since expired and he’s no longer with the team.