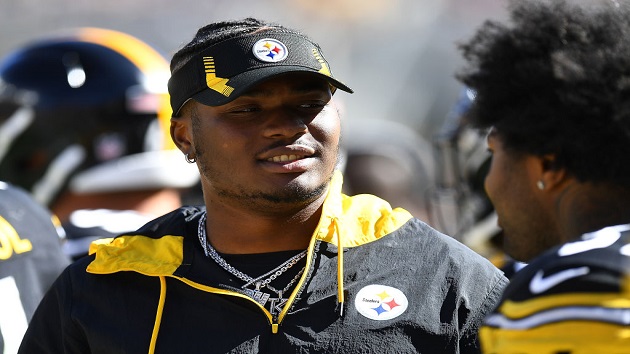 Haskins, 24, was attempting to cross the westbound lanes of Interstate 595 when he “collided with an oncoming dump truck,” Florida Highway Patrol said in an accident report. He was pronounced dead at the scene.

It is unclear why Haskins was walking on the highway, authorities said.

Haskins was in Florida training with other Steelers players, according to ESPN.

“I am devastated and at a loss for words with the unfortunate passing of Dwayne Haskins,” Steelers head coach Mike Tomlin said in a statement Saturday. “He quickly became part of our Steelers family upon his arrival in Pittsburgh and was one of our hardest workers, both on the field and in our community.”

“Dwayne was a great teammate, but even more so a tremendous friend to so many,” he continued. “I am truly heartbroken.”

Haskins was drafted by the Washington Commanders in the first round in 2019. He signed with the Steelers in 2021 and was a backup to Ben Roethlisberger in Pittsburgh last season.

The Commanders shared their condolences.

“Dwayne was a talented young man who had a long life ahead of him,” Commanders head coach Ron Rivera said in a statement. “This is a very sad time and I am honestly at a loss for words. I know I speak for the rest of our team in saying he will be sorely missed.”

Prior to being drafted, the New Jersey native attended Ohio State University, where he was a Heisman Trophy finalist, won the Chicago Tribune Silver Football award as the best player in the Big Ten and earned the Big Ten’s Graham-George Offensive Player of the Year and Griese-Brees Quarterback of the Year awards.