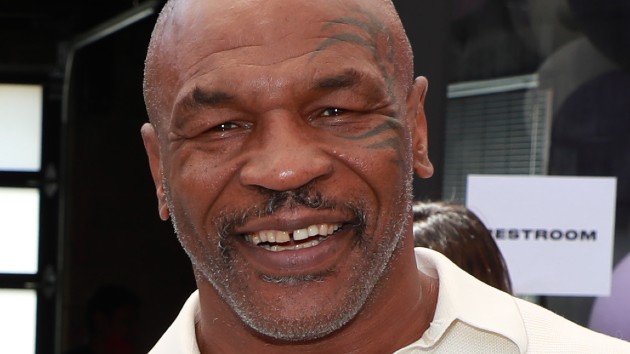 But it was Tyson who was “the most recognizable face on the planet,” ex-manager Jeff Wald said. “More than the Pope, more than Queen Elizabeth, more than the president.”

“In white America, the image of Mike Tyson was that he was scary,” said civil rights attorney Carl Douglas. “From the Black perspective, he was a hero because he was a success in the white man’s world.”

Whatever you think you know about Mike Tyson, he is arguably one of the most complex characters in the history of American sports and culture.

Tyson is a man who survived a childhood of violence and neglect to become a Black icon and world boxing champion. A convicted rapist. And a man who weathered the loss of many friends and family members, and became the punchline of late night jokes.

His story “breaks all the rules,” said Mark Kriegel, an ESPN boxing analyst and author. Now, the new two-part ABC News documentary The Knockout sets out to explore the former champ’s successes, repeated falls and big comebacks from the perspective of those who knew him best.

Tyson grew up surrounded by violence in the gritty Brownsville neighborhood of Brooklyn, New York.

“The chances of making it out of Brownsville is slim to none,” former world heavyweight champion Shannon Briggs told ABC News. “It’s 50,000 people trying to get through one door, you know what I mean, with no opportunity.”

Tyson’s mother loved him dearly but struggled with alcohol, according to Tyson’s therapist Marilyn Murray.

“She would be drinking, she was extremely abusive,” Murray told ABC News. “Oftentimes, his mother would get beat up [by men she brought home] … so violence, sex, alcoholism, abuse of women — those were his baseline for normal.”

As a child, Tyson picked up the nickname “Dirty Ike” due to his lack of personal hygiene. He was arrested dozens of times and was eventually sent upstate New York to the Tryon School for Boys, a now-shuttered juvenile facility. It was there he was introduced to Bobby Stewart, a guard at the facility and a former professional boxer, who introduced him to the sport.

“Everything I showed him, it was almost like he’d been doing it for 25 years,” Stewart said.

Stewart introduced Tyson to Cus D’Amato, a famed boxing coach who had trained champions Floyd Patterson and Jose Torres. D’Amato immediately saw Tyson’s potential and took him in.

Tyson moved into D’Amato’s home in the Catskills and lived among other young fighters in a sort of dormitory for amateur boxers. D’Amato consistently encouraged the young boxer, telling him that he’d become the greatest. After so much pain leading up to that point in his short life, Tyson finally had safety, direction and support.

“Cus would repeat over and over to Mike from the beginning, ‘Do you know you’re going to be heavyweight champion of the world someday?’” said Nadia Hujtyn, a boxing coach and assistant to D’Amato. “If you say it enough times, you believe it. And if you believe it, then you’ll have no doubt.”

Yet, as Tyson’s life began to take a turn, he would come to know the loss of many loved ones. Tyson’s mother died in 1982. He was 16 and living with D’Amato, who later became his legal guardian. It wasn’t long after that when, in 1985, D’Amato also died.

“I’m sure, at some point, Cus and Mike had a conversation about death,” former world heavyweight champion Michael Bentt told ABC News.

“You have a mission to commit to, we have a pact. If I’m here or not, you complete that pact” of fulfilling D’Amato’s dream of becoming a champion, Bentt said.

On Nov. 22, 1986, Tyson entered the record books as the youngest heavyweight champion in history when he defeated Trevor Berbick, the last man to fight Muhammad Ali.

Tyson’s life was changed forever. He went from living in Brownsville to becoming a multi-millionaire at just 20 years old, and the money kept rushing in. Companies from Pepsi to Toyota wanted to hand him a paycheck to sell their products, and beautiful women vied for his attention.

“I would have girls pull up to the limousine and throw their underwear at me and say, ‘Give this to your boss. Here’s my number.’ It was non stop with groupies,” Tyson’s bodyguard and chauffeur Rudy Gonzalez said.

Those who were watching Tyson, however, say his meteoric rise to fame seemed to be a difficult adjustment.

“The night he won the title from Trevor Berbick, I came in from a club at 4 in the morning and who was sitting in the lobby by himself with that title belt around his waist, but Mike Tyson,” said Wallace Matthews, a boxing writer for Newsday and The New York Post. “He was lonely, isolated. [He] wasn’t sure what to do with himself.”

Instead of running away from his childhood, the champ made a point to return to his neighborhood in Brooklyn. Lori Grinker, a photographer who documented Tyson in his early years, says she can remember riding in a car with him, seeing kids rip up what appeared to be paper bags for him to autograph. He was a hometown hero and he gave out cash to the homeless.

Tyson eventually fell head over heels for actress Robin Givens. They married but their relationship began to fall apart as the media buzzed with abuse allegations.

In 1988, Tyson sat down with Givens for an interview with Barbara Walters on ABC News’ 20/20. Former HBO Sports president Ross Greenburg described the interview as “one of the most remarkable, strange interviews in the history of the medium.”

During the interview, Tyson said he never hit his wife. But Givens told Walters that Tyson had an “extremely volatile temper” and that he “shakes” and “pushes” her.

“Sometimes I think he’s trying to scare me,” she said.

Gonzalez said it was as if Givens “led him right into the limelight and then dropped the hammer on him in front of the world.”

Givens later filed for divorce and sued Tyson for $125 million. In 2009, Mike Tyson admitted to Oprah Winfrey that he had “socked” Givens and that it was “definitely” an abusive relationship “both ways.” Givens, who declined an interview with ABC News for this documentary, also denied to Oprah that she had abused Tyson.

During this time, he constantly made headlines. In separate incidents, he’d gotten into a brawl outside the ring with fighter Mitch Green, crashed his car into a tree, and attacked a news crew that had caught him on a morning run.

“You couldn’t keep up with it,” said Matthews. “This guy basically was reality television way before reality TV was invented.”

Now a single man, those close to him said he relished in the luxury of his fame and wealth.

Randy Gordon, former editor in chief of Ring Magazine and the former chairman of the New York State Athletic Commission, said that “every single night, instead of resting, Tyson was partying.”

On Feb. 11, 1990, Douglas was deemed to be an overwhelming underdog with a 42-to-1 chance of winning. Tyson had been undefeated at the time.

“I really thrived off that negativity,” Douglas told ABC News. “I knew that I had the ability to go fight Tyson.”

Douglas was right. What’s more, he ended up dethroning the king in a 10th-round knockout that shocked the world. To this day, many consider Tyson’s loss in that match to be the biggest upset in heavyweight boxing history.

For more on Tyson’s mistakes, losses and triumphs, watch “The Knockout” May 25 and June 1 at 8 p.m. ET on ABC, or stream it on Hulu in the following days.