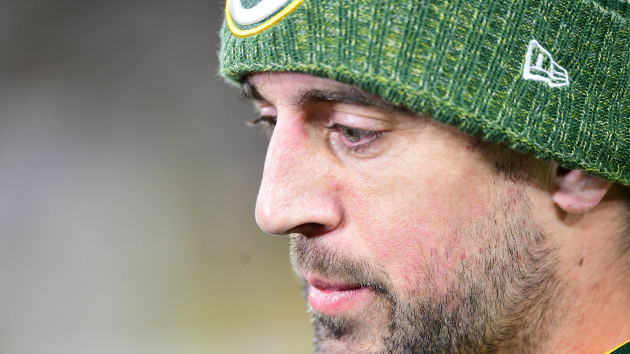 (GREEN BAY, Wisc.) — Star quarterback Aaron Rodgers says it’s a disconnect on philosophy and communication that led him to decide he didn’t want to play for the Green Bay Packers anymore, not their drafting of QB Jordan Love.

Rodgers appeared on ESPN’s SportsCenter Monday night, commemorating host Kenny Mayne’s last show on the network. And in an interview, Rodgers explained publicly, for the first time, what caused the rift between himself and the only team he’s ever played for.

“It’s never been about the draft pick,” Rodgers insisted. “I love Jordan; he’s a great kid. [We’ve had] a lot of fun to work together.”

Instead, he says, it was how the situation was handled by general manager Brian Gutekunst.

“It’s just kind of about a philosophy and maybe forgetting that it is about the people that make the thing go. It’s about character, it’s about culture, it’s about doing things the right way.”

The 37-year-old Rodgers won his third MVP Award following the 2020 season, leading the team to 13 wins and an NFC Championship Game appearance.

Gutekunst has acknowledged that he should have communicated better with Rodgers before trading up in the 2020 Draft to select Love, seen by some as Rodgers’ eventual replacement at QB.

The veteran also acknowledged in the interview that he had skipped the team’s first session of organized team activities. The OTAs are voluntary, but he will surrender a $500,000 workout bonus tied to his participation in them.

Earlier this offseason, Rodgers reportedly told some members of the organization that he did not want to return to the Packers. The team has continued to insist, however, that it has no interested in trading Rodgers away.