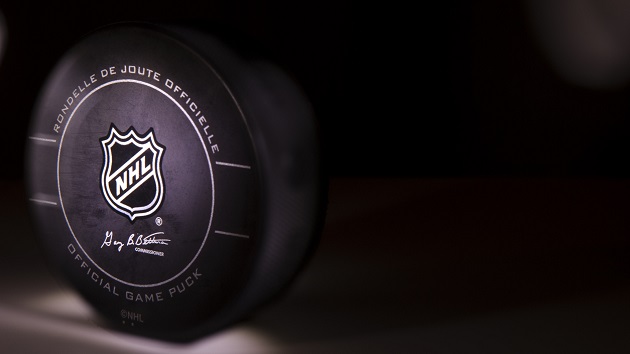 (NEW YORK) — The NHL has told the Canadian government they need an answer on whether they will be exempt from coronavirus-related travel restrictions by June 1st.

“The conversations are ongoing. We’ve told them we really do need to know by the end of the first round, and that’s around June 1. That’s pretty much the date that we’ve talked to them about, saying we have to know one way or another,” Steve Mayer, NHL chief content officer, told ESPN on Friday.

The Stanley Cup playoffs begin this weekend, but current restrictions mean American teams would be prohibited from playing in Canada, without first undergoing quarantines that would drastically alter the postseason schedule.

That won’t end up being an issue until the third round of the playoffs though, as the first two rounds will be played within the four newly created divisions, inlcuding the North Division, which includes all Canadian teams. All of the American teams play in the other three divisions, meaning the first possible meeting between an American and a Candian team will not happen until that third round.

The NHL has felt confident that they will get an exemption from the Canadian government, due to it’s stringent COVID protocols and an increasingly high number of players and staff members getting vaccinated.

If an exemption is not given, the NHL is considering the possibility of housing the Canadian team that reaches the third round at the arena of a US-based team that did not make the playoffs. Mayer said the League has had talks with a couple Americans teams about just that.

But an NHL source told ESPN this week that the league expects “a positive resolution” to the border issue before the third round.

“We’re pretty confident. The conversations have been good ones with them. We’re not there yet, but they haven’t said no,” Mayer said.