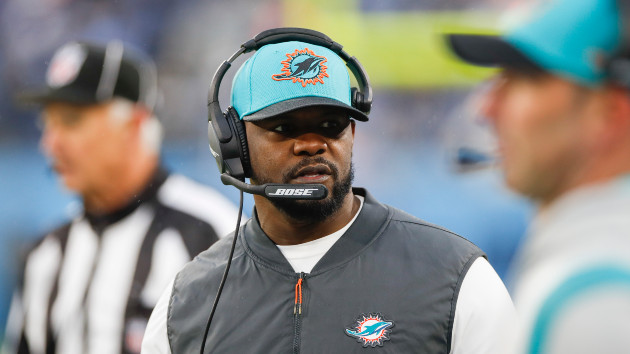 “It is the defendant’s position that all the matters raised by the plaintiffs … all are covered by the arbitration agreement,” the league’s attorney, Loretta Lynch, said during a hearing, the first since Flores filed the lawsuit.

Flores wants the case to remain in federal court and pushed for discovery so he can view relevant material held by the league. His attorney, Douglas Wigdor, said a motion to compel arbitration would be improper because the arbitrator is league commissioner Roger Goodell.

“The failure to hire is not subject to arbitration,” Wigdor said.

In his lawsuit, Flores alleged systemic race discrimination within the NFL in hiring practices, termination practices and the terms and conditions of employment.

The NFL and several teams named in the lawsuit have denied the allegations, saying they have not discriminated against Flores nor the other plaintiffs.

“This is a contract issue. Is there a valid agreement to arbitrate? Does it cover the kind of claims raised here?” Lynch said in previewing the NFL’s motion, due next month.

Judge Valerie Caproni offered the two sides a settlement conference but neither was interested.

“We’ve always been interested in talking about making the NFL a place that fairly represents blacks,” Wigdor said.

“The league is also focused on the important issues,” Lynch said. “We have invited Mr. Wigdor and his client” but Lynch said they’ve declined the invitations.

Wigdor said Flores would not meet with Goodell only to have him arbitrate a case later.

Caproni conceded neither side is ready to talk about a settlement yet.