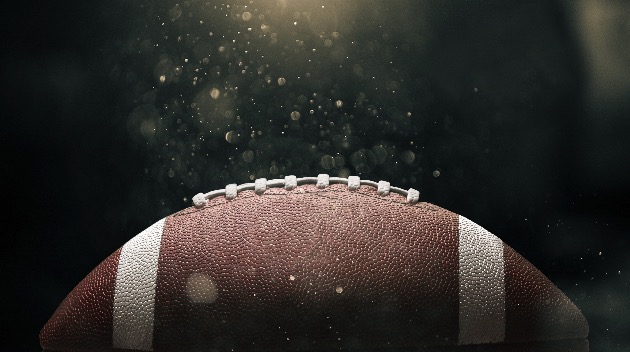 (NEW YORK) — The NFL is trying to tackle the issue of COVID-19 vaccination, but some players are calling time out.

Miami Dolphins tight end Adam Shaheen, whose Twitter location says “somewhere without a mask,” told reporters earlier this month that he won’t allow the league to “strong-arm” him into getting the vaccine and criticized the NFL for “taking away freedoms of unvaccinated guys.”

And former NFL quarterback Derek Anderson slammed the league’s strict rules on Twitter, saying he would “retire tomorrow” if he was still playing.

“This is total b——- @nfl. So if a vaccinated player contracts which they will ,no consequences? That’s ridiculous … Let them make their own decisions,” he wrote.

The tensions the league is grappling with, including personal liberty and safety concerns, appear to be a microcosm of the debates playing out around the country about COVID-19 vaccination, mandates and other rules from employers.

A spokesperson for the NFL told ABC News on Thursday that the “current player vaccination rate is around 92 percent.” Although the league did not provide breakdowns by team, some are sharing the vaccination rate of their players like the Atlanta Falcons, who announced this week that the team is fully vaccinated.

And while the league is overwhelmingly vaccinated, some players say they felt pressured to get a vaccine that, while deemed safe and effective, is not fully approved. Hesitance for a number of reasons has been a lingering issue in the U.S. that officials and the private sector have been trying to chip away at with a combination of incentives and penalties — efforts met with both praise and protest.

Under the agreement between the league and Players Association reached last month, players who choose not to get vaccinated will be required to wear masks at all facilities, undergo routine COVID testing and are at a risk of forfeiting games. Per the protocols, if a team has an outbreak due to unvaccinated players and games cannot be rescheduled during the 18-week season, the team would have to forfeit and be assessed a loss, which could impact playoff seedings.

Per the new guidelines, unvaccinated players who break COVID-19 protocols will be fined $14,650 for each incident, according to ESPN.

Some players admitted that they only got vaccinated due to the NFL’s COVID protocols, but they were not happy about it.

​​Tennessee Titans quarterback Ryan Tannehill said that he got vaccinated because “they’re going to try and make your life miserable” if you don’t.

“I think it’s a personal decision for each of us,” he told reporters last month. “They are trying to force our hands and ultimately have forced a lot of hands by the protocols.”

Seattle Seahawks cornerback D.J. Reed tweeted last month that he didn’t want to get vaccinated but gave in because the NFL and the NFLPA “made getting the vaccine a competitive advantage” and he did not want to “hinder” his teammates.

J.C. Tretter, president of the NFL Players Association, said in a statement that although “we believe the vaccine is both safe and effective, players have the choice whether to take it or not. Unlike among the NFL coaching ranks or in other businesses, the vaccine is not mandated for NFL players.”

According to Dr. Anthony Fauci, the nation’s top infectious disease expert and chief medical adviser to President Joe Biden, although there are some breakthrough cases among vaccinated people because “no vaccine is 100 percent effective,” but those cases are “mostly mild or without symptoms,” whereas the unvaccinated “are the ones that are vulnerable to getting severe illness that might lead to hospitalizations and in some cases death.”

The NFL said earlier this month that 90% of its players are either fully vaccinated or have had at least one dose of the COVID-19 vaccine, but some have remained non committal.

Baltimore Ravens quarterback Lamar Jackson, who has contracted COVID-19 twice, said that while he is considering getting the vaccine, it’s a “personal decision” and one that he’s consulting with his doctors about.

Buffalo Bills wide receiver Cole Beasley, one of the most outspoken critics of the vaccine policy, told reporters in July that he is “not anti or pro-vax,” but is “pro-choice” and that he believes it is too soon to know if the vaccine, which does not have full FDA approval yet, is safe.

“Without having all the proper information a player can feel misguided and unsure about a very personal choice. It makes a player feel unprotected,” he said.

According to the CDC, “Serious side effects that could cause a long-term health problem are extremely unlikely following any vaccination, including COVID-19 vaccination.”

In addition, Fauci said last week that he is hopeful that the FDA will fully approve the COVID-19 vaccine by the end of the month.

The NFL’s vaccination policy for coaches is even stricter.

Tier 1 and 2 employees — including coaches, trainers, assistant coaches and operations employees — who don’t get vaccinated would not be allowed to interact with players in person, the NFL announced in June. And barring a religious or medical reason for opting out, would lose their Tier 1 status and would not be able to have face-to-face contact with the players.

The protocols already led to two coaches parting ways with the NFL over these vaccination guidelines, according to ESPN.

Asked about the lingering hesitancy to get vaccinated, Dr. Fauci lamented the “unfortunate” political divide over the vaccine.

Granderson said that by not making vaccines a requirement, the NFL is trying to “thread the needle” on a divisive issue.

“Trying to please both sides means you don’t please either, you know, you end up with two disappointing sizes, sides. So what the NFL needs to do is take a stance, heavily rooted in science and move on,” he added.

Some teams like the New Orleans Saints are requiring fans to show proof of vaccination or a negative COVID test before attending games. Meanwhile, the Las Vegas Raiders became the first team to mandate vaccination for fans, setting up vaccination sites at the stadium and allowing entry to the newly vaccinated if they wear masks.