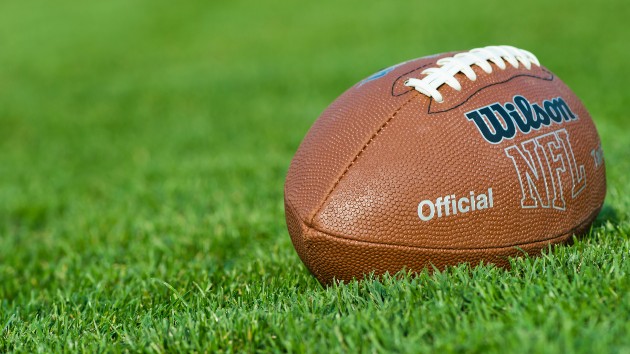 (NEW YORK) — As the NFL and the class counsel representing former players in the league’s landmark concussion settlement program prepare for a court-ordered mediation to address concerns about race-norming, both sides appear to agree that race should no longer be a factor in determining eligibility for compensation for head injuries.

The controversial practice has sparked a firestorm of criticism against the league for what critics says is a two-tiered system — one for Black players and one for white players — to calculate payouts to some former players who claim to be suffering from the lingering effects of head trauma sustained during their careers.

Instead, the looming negotiations will likely focus on how to measure and address the impact of race-based adjustments on past claims, with millions of dollars in potential compensation hanging in the balance.

On Monday, Christopher Seeger, who negotiated the terms of the original 2014 concussion settlement, filed a scathing motion outlining a pair of goals for the upcoming mediation and pushing back on claims from attorneys for former players Kevin Henry and Najeh Davenport that he had failed to adequately represent Black former players in the settlement.

“Class Counsel has worked assiduously to ensure that no Class Member has been, or will be, adversely affected by race norming,” Seeger wrote. “Class Counsel’s objectives are two-fold. The first goal is to eliminate the use of demographic norms that adjust for race, and put into place purely race-neutral demographic norms. The second is to investigate whether any Class Member has been disadvantaged by race norming. The process is not simple, and it will take time.”

In response to questions from ABC News, Seeger seemed to acknowledge that he is taking up the issue in order to regain the trust of some former players.

“This settlement can only continue to be successful if former players believe they will be treated fairly and equally,” Seeger told ABC News through a spokesperson, “and eliminating these adjustments is the best way to restore their confidence.”

But attorneys for Henry and Davenport, the former NFL players who have petitioned the court to allow them to participate in the mediation, told ABC News that Seeger’s position underscores the need for their intervention.

“This filing also reinforces our concern about how large numbers of Black players — who never qualified or submitted claims because of race-norming — will fare in any mediation. Today’s filing brushes those concerns aside by asserting there is no evidence of ‘claims’ denied ‘solely’ because of race-norming,” Cy Smith, from the law firm Zuckerman Spaeder, said in a statement. “Black players are asking, ‘How can their rights be protected by someone who helped create the problem and then ignored it for years?’ The only answer is to give Black players their own voice in these settlement talks.”

Earlier this month, following an ABC News investigation into allegations of racial bias in the program, the federal judge overseeing the settlement sent the league and class counsel back to the negotiating table “to seek to address the concerns relating to the race-norming issue” that critics say has skewed compensation for some football-related head injuries along racial lines.

ABC News uncovered emails between clinicians who evaluated former NFL players for compensation through the program in which they contend they were all but required to apply race-based adjustments to players’ cognitive test scores and express concerns that the league’s protocols discriminate against Black players. ABC News was also able to obtain a data analysis that suggests that the impact of the practice on payouts could be significant, making it much more difficult for Black players to qualify.

In response to questions from ABC News, an NFL spokesperson defended the program and its protocols, saying that the concussion settlement, which has paid out more than $800 million to retirees and their families to date, was “agreed to by all parties, with the assistance of expert neuropsychological clinicians and approved by the courts more than five years ago” and “relied on widely accepted and long-established cognitive tests and scoring methodologies.”

Last week, an NFL spokesperson appeared to change course, issuing a statement signaling that the league “is committed to helping find alternative testing techniques that will lead to diagnostic accuracy without employing race-based norms.”

But the NFL has continued to deny that any discrimination has taken place, saying claims to the contrary have “no merit.” The league argued that the impact of the practice on past denials was minimal and pledged only to “work with the Court on the appropriate scope of review.”

“The number of players potentially affected by the use of race-based normative adjustments is a fraction of what has been alleged,” a spokesperson said, “because, among other reasons, not all players are Black, several diagnoses do not use the subject tests, the application of the norms in those that do was discretionary, and many claims were denied for reasons that have nothing to do with the norms and any rescoring would have no impact on those denials.”

Seeger’s position, meanwhile, appears to have evolved as well, fueling doubts among some Black former players and their advocates about his appetite for a battle with the NFL over race-norming.

Earlier this month, Seeger said that his firm had previously “investigated this issue” and “not seen any evidence of racial bias in the settlement program.” He has declined to provide those findings or release demographic data about program payouts.

On Monday, however, Seeger seemingly adopted a full-throated commitment to the elimination of race as a factor in neuropsychological evaluations in the settlement and beyond it.

“There is a societal importance in what Class Counsel has undertaken and seeks to accomplish – i.e., removal of race as a factor in neurocognitive testing and use of solely race-neutral demographic norms,” Seeger wrote. “In effect, Class Counsel would be creating a model that is both new and accurate, and which may lead to significant changes in the way that people of all races are evaluated for neuropsychological problems. This is a daunting task but one of paramount importance. It is one that Class Counsel is confident can, and will, be accomplished.”

A spokesperson for Seeger has declined multiple requests from ABC News to clarify his position in an on-camera interview.

“Further information will be released when a proposal is submitted to the court for consideration,” Seeger told ABC News through a spokesperson. “Class members and their Counsel will have an opportunity to review it, and we intend for the process to be transparent.”