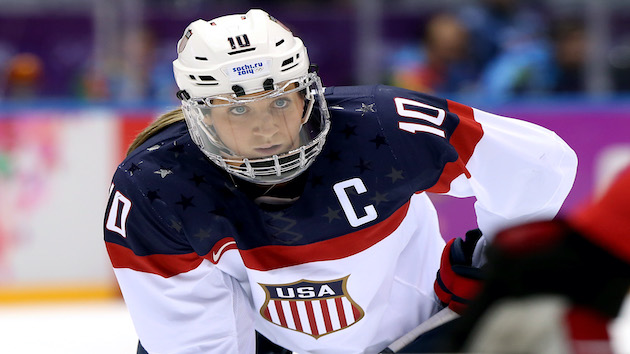 “We are incredibly excited to announce that Meghan has joined our Player Development Department,” said general manager Tom Fitzgerald in the release announcing the deal. “As our group has evolved over the past few years to include as much about off-ice as on-ice for development, we believe Meghan will be perfect for this position. Her successful track record as a teammate, leader, captain and driver of initiatives will be resources to all players in our organization. We look forward to her utilizing her perspective of the game, attention to detail and creative thinking to help our players reach their potential.”

Duggan, who retired from professional hockey last November, will work with Senior Vice President/Assistant General Manager Dan MacKinnon across all levels of the team with a focus on on-ice and off-ice development.

“I’m looking forward to getting to work, and adding value in an area that I’ve committed my entire life to,” Duggan told ESPN. “But I also hope people see this and realize there’s a space for those who haven’t traditionally been in these roles — women, or BIPOC community members; there’s a space for that. Times are definitely changing, and I’m excited to be part of it.”

She was named to the USA Hockey Board of Directors in 2014 and the USA Hockey’s Women’s Advisory Committee in 2017. She was also part of the first National Hockey Player’s Inclusion committee last year, a member of the Professional Women’s Hockey Players Association (PHWPA) and the Women’s Sports Foundation as a Board of Trustees member.

Duggan won 11 medals for Team USA in international competitions, eight gold, and three silver. She won the gold medal at the 2018 PyeongChang Olympics and silver at the 2014 Sochi games, where she was a captain and 2010 Vancouver games.