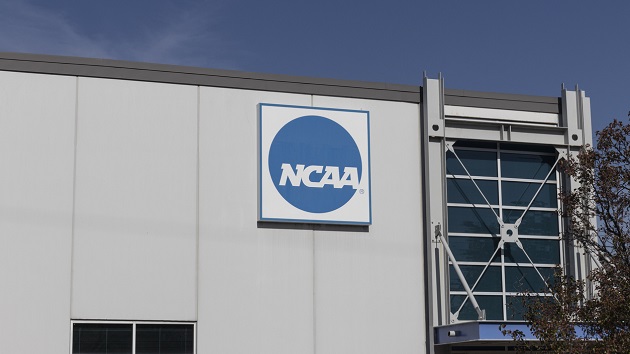 (NEW YORK) — The NCAA Division I board is scheduled to meet Wednesday to review an interim policy that would temporarily “suspend amateurism rules” related to athletes’ ability to make money from their name, image and likeness.

The NCAA Division I Council voted Monday to recommend the interim NIL policy ahead of Wednesday’s meeting.

While the policy opens NIL activities to student-athletes, it will continue to prohibit pay-for-play and improper inducements to choosing to attend a particular school, according to an NCAA press release.

The policy will still introduce major changes to NCAA sports, especially revenue-generating sports like football and basketball. Athletes will be able to license their name and likeness for everything from T-shirts to car endorsements. Top-tier athletes could make thousands of dollars from the rule change.

If the interim NIL policy is adopted by the board on Wednesday, it would constitute as a temporary action and would remain in place until federal legislation or new NCAA rules are adopted. Many states have already introduced their own laws related to NIL policy. At least seven states have policies going into effect on July 1, according to ESPN.

Schools and conferences may choose to adopt their own policies within the interim NIL policy.

The Division II and III committees are also expected to vote on the interim NIL policy by Wednesday.

The NCAA had postponed the vote in January after the U.S. Department of Justice raised antitrust questions. In a press release last month, NCAA President Mark Emmert spoke about the NCAA’s work with the federal government.

“My hope is that we can get to a place where we understand their concerns and we can move forward shortly. We also, of course, need to make sure that we’re doing what we can in conjunction with Congress,” said Emmert. “There are bills that have been introduced in both houses that would address this issue. We very much want, and frankly need, a preemptive bill that would say that there’s going to be one rule for the country, not 50.”