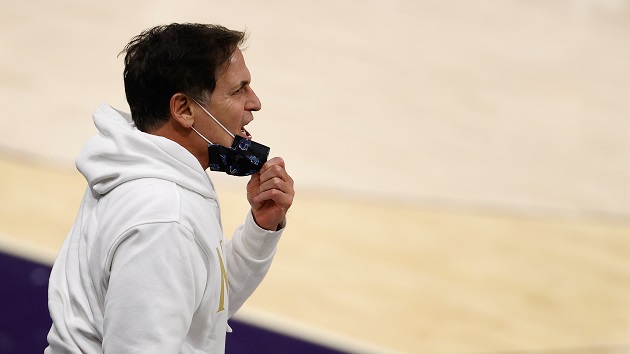 The Mavericks have not played the anthem before any of its preseason and regular-season games this season, ESPN reported. On Wednesday, the team announced that it would play the anthem before its match up against the Atlanta Hawks.

“We respect and always have respected the passion people have for the anthem and our country,” Cuban wrote in a corresponding statement. “But we also loudly hear the voices of those who feel that the anthem does not represent them. We feel that their voices need to be respected and heard, because they have not been.”

Cuban told ESPN in June 2020 that he was “proud” of those taking a knee and said, “Hopefully, I’d join them.”

Cuban has not hidden his thoughts about protests of the national anthem on Twitter.

“I can say Black Lives Matter,” he said in another tweet. “I can say there is systemic racism in this country.”

Cuban told ESPN he initially made the decision to stop playing the national anthem after consulting with NBA commissioner Adam Silver.

NBA rules require players to stand during the national anthem, but Silver has not enforced it, especially as kneeling during the anthem became a popular form of silent protest over the past several years, according to ESPN.