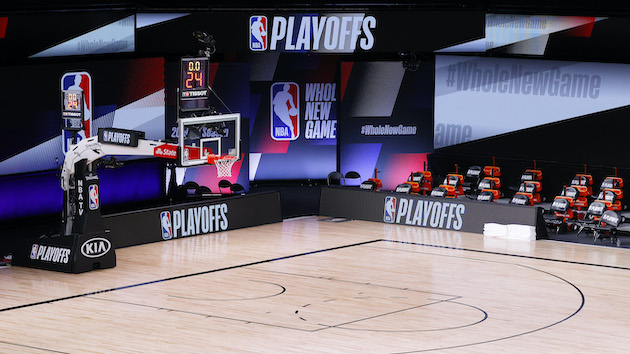 (NEW YORK) — The NBA has told the team’s to be ready for the verdict of former Minneapolis police officer Derek Chauvin in the death of George Floyd this week, including the possibilities of game postponements, sources told ESPN NBA Insider Adrian Wojnarowski.

Closing arguments in the trial are expected to begin on Monday.

Chauvin faces second-degree unintentional murder, third-degree murder, and second-degree manslaughter charges in the death of Floyd after he held his knee on Floyd’s neck for more than nine minutes last May. He has pleaded not guilty.

Minnesota is on a four-game, six-day road trip in California and Utah, before returning home on April 26 against the Jazz.

Last August, the Milwaukee Bucks boycotted its game against the Orlando Magic after the shooting of Jacob Blake by police in Kenosha, Wisconsin.