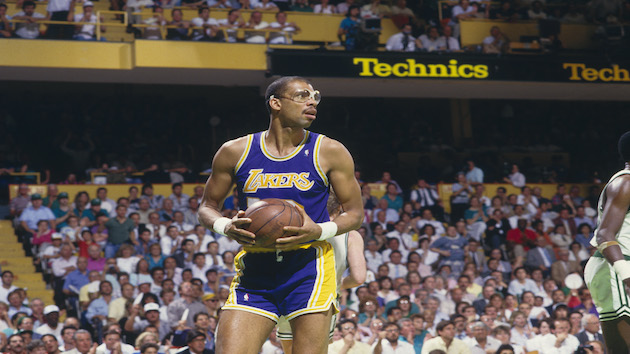 Focus on Sport via Getty Images

(NEW YORK) — The NBA has announced the creation of the Kareem Abdul-Jabbar Social Justice Champion award.

The award is named after the six-time NBA Champion and Naismith Memorial Hall of Famer.

It will honor the NBA player who pursues social justice and upholds the league’s decades-long values of equality, respect, and inclusion.

“I’m honored and grateful to be associated with this award that will recognize the dedicated and selfless people fighting to promote social justice for all marginalized people,” said Abdul-Jabbar. “To me, it’s another giant step in the right direction for the country and all people who value equality.”

“In addition to being one of our greatest players, Kareem Abdul-Jabbar has devoted much of his life to advocating for equality and social justice,” said NBA Commissioner Adam Silver. “With this new award, we are proud to recognize and celebrate NBA players who are using their influence to make an impact on their communities and our broader society.”

Each team will select one player from their roster to be nominated. The finalists and winner will be chosen from a panel of former players, league executives, and social justice leaders.

The winner and other finalists will be announced during the playoffs.