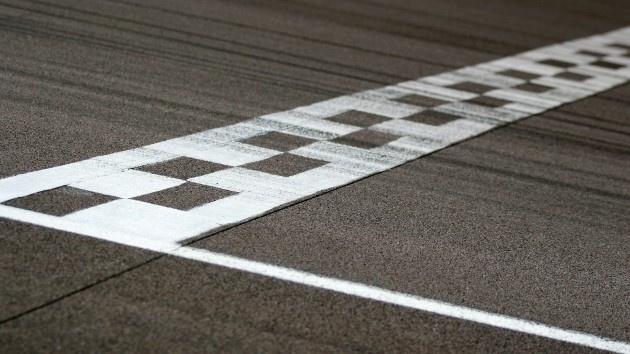 (NEW YORK) — Gear up, NASCAR fans. The sport’s elite division will look a lot different in 2022.

NASCAR will unveil the “Next Gen” Cup Series race car in Charlotte, North Carolina Wednesday afternoon. Built from the “ground up,” the new car looks sleeker and more coupe-like, with a lower roofline and a shorter rear deck. A redesigned, carbon composite body sits on top of the tubular chassis, allowing drivers to better withstand direct hits. The front and rear bumpers have also been modified, tire diameter has increased to 18 inches from 15 and a 5-speed transaxle combines the transmission and rear gears into one package.

But the biggest change may be the car’s independent rear suspension — a first for NASCAR.

“We’re building this new car because we want a sport that is healthy and strong and remains attractive to our current OEM (original equipment manufacturer) teams and fans,” NASCAR senior vice president of racing innovation, John Probst, told ABC News.

The 2022 car also features a new underwing and diffuser that dramatically alter the aerodynamic forces drivers rely on.

“Aero will still be important but the strategy is now on pit stops,” Probst said. “Aero today drives everything — it supersedes even engine power.”

The last time NASCAR significantly changed its look was in 2007 when it introduced the “Car Tomorrow,” the current model. In 2018, NASCAR executives decided the sport needed a major refresh and worked closely with the teams, drivers and manufacturers — Ford, Chevrolet and Toyota — on the design, development and implementation of the car. The final result, which cost millions of dollars, incorporates hundreds of hours of wind tunnel and on-track testing.

“The suggestions from different folks are sprinkled throughout this car,” Probst said.

Safety was also top of mind in the car’s development. No one has forgotten driver Ryan Newman’s fiery crash at the 2020 Daytona 500, one of the sport’s worst in decades. Newman did not sustain any internal organ damage or broken bones and finished the season in his No. 6 Roush Fenway Racing Ford.

Last month, 2018 Cup Series champion Joey Logano was flipped upside down when his car went airborne at Talladega Superspeedway. The No. 22 Team Penske Ford driver was uninjured in the wreck.

“We went through many iterations in terms of safety structure,” Probst explained. “There’s improved driver head clearance. A lower center of gravity. We added front and rear crash aluminum structures that are optimized for crunch and energy absorbing foam to the bumpers.”

Austin Dillon, driver of the No. 3 Chevrolet Camaro ZL1 1LE for Richard Childress Racing, said the new car will level the playing field among the 17 teams.

“It’s a fresh start for engineers. All the setups go out the window,” he told ABC News. “There will be a learning curve for all of us … the car will change the game.”

Dillon got access to an early prototype of the Next Gen car at Virginia’s Richmond Raceway in late 2019.

“It turns better, is more reactive and is a totally different feel than what we have now,” he said. “I am excited. I hope people will like what they see.”

The look of the 2022 cars may be even more important than how they perform on the track. NASCAR is trying to bring back the “stock” in stock car racing and add truth to the expression, “Win on Sunday, sell on Monday.”

Probst said the race cars will be nearly identical to the Ford Mustangs, Chevrolet Camaros and Toyota TRD Camrys sold in dealerships. The more relevant the race cars become, the greater likelihood that NASCAR’s viewership will grow, he said.

NASCAR’s TV ratings have steadily declined since 2015, when Jeff Gordon competed in his final race. In 2020, NASCAR posted an average of 3.1 million viewers, down 2% from 2019.

More high resolution cameras in the cockpit can also “improve production and the broadcast,” Probst said.

“We’re actively trying to recruit new OEMs into our sport. If we can bring in new OEMs, we will bring in new fans,” he said.

The changes have been a long time coming, according to David Wilson, president of Toyota Racing Development.

“The business and economic model of the sport is not healthy and sustainable,” he told reporters Monday. “This is about the longer term security of the sport.”

Next year’s race car will be the closest replica of a production Camry since Toyota joined NASCAR in 2007.

“It’s the best looking NASCAR Camry we have ever raced,” Wilson said.

“But there are so many unknowns with the car in general. It will be interesting when they get behind the wheel,” Graves said.

Added Wilson: “How will the car race? All the drivers asking that. We also haven’t crashed this car, haven’t raced this car in anger yet. We all know that will be the main test.”

Mark Rushbrook, global director of Ford Performance Motorsports, said the car Logano and other Ford drivers will commandeer next year still captures the unique styling of a Mustang.

“A lot of work has been done behind the scenes to make sure this Next Gen Mustang remains relevant to our customers,” Rushbrook told ABC News. “As the automotive industry continues to change, we’ll have the ability to keep up in the racing world without having to go through a complete overhaul or redesign of the car. This is something we’ve been waiting for and we’re glad the time has finally arrived.”

Andy Petree, crew chief for driver Tyler Reddick, said he was skeptical at first of the new car.

“I like what we have now. There’s a lot of parity in the garage,” he told ABC News.

His team had a mixed reaction, too.

“Every piece of this new car — the hardware, frame, suspension — are exactly the same,” he explained. “Teams won’t build their own car like today. Jobs may be shifted inside these facilities.”

He went on, “The car shifts where the competition has been … any advantages totally evaporate in 2022.”

Petree, however, has come around on next year’s race car.

“It’s is more relatable and really resembles what you see in showrooms,” he noted. “That keeps manufacturers very interested and motivated in the sport.”