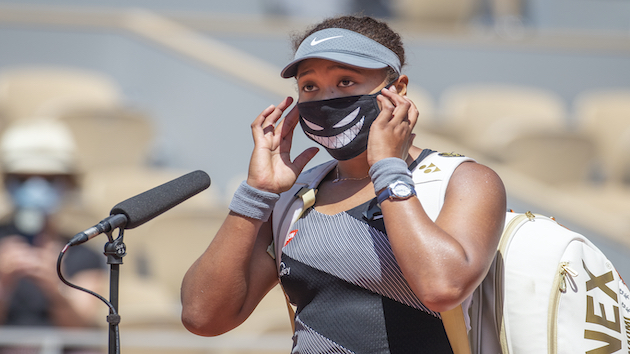 (PARIS) — Tennis star Naomi Osaka has withdrawn from the French Open saying she does not want to be a distraction.

Last Wednesday, Osaka, the number two seed, said she would not be speaking to the media at the French Open for her mental health.

Osaka was fined $15,000 on Sunday for not fulfilling her contractual obligations by not speaking to the media.

In a joint letter from the heads of the French Open, Australian Open, US Open, and Wimbledon, the four  said the ruling was a matter of fairness.

“We want to underline that rules are in place to ensure all players are treated exactly the same, no matter their stature, beliefs or achievement,” said the letter. “As a sport there is nothing more important than ensuring no player has an unfair advantage over another, which unfortunately is the case in this situation if one player refuses to dedicate time to participate in media commitments while the others all honour their commitments.”

The tournament’s told Osaka that if she continues to refuse to speak to the media she could face tougher sanctions, including a default from the tournament and a major offense investigation that could lead to larger fines and possible suspensions from future Grand Slams.