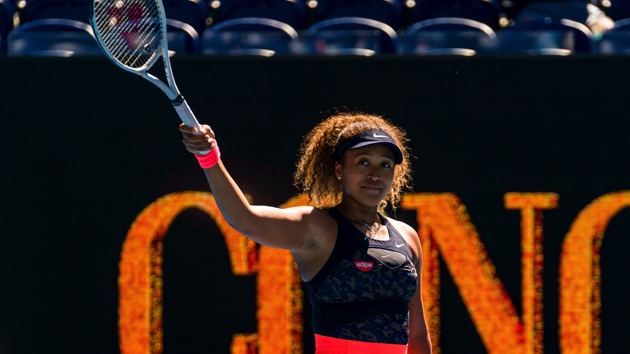 “If people loved Asian people as much as they love bubble tea, anime, mochi, sushi, matcha etc…” Osaka, who was born to a Japanese mother and Haitian father, wrote on Twitter Saturday. “Imagine profiting/enjoying things that come from a culture and then attacking/diminishing the ethnic group that created it.”

Osaka’s comments come at a time when attacks against Asian Americans are on the rise. According to Stop AAPI Hate, a nonprofit organization founded last year, 3,795 hate incidents were reported between March 19, 2020, and Feb. 28, 2021.

The Pew Research Center found that three in 10 Asian Americans experienced racial slurs or jokes since the start of the COVID-19 pandemic.

Osaka is no stranger to speaking out on racial injustice, both on social media and in real life. During the U.S. Open last summer, which she won for the second time, Osaka wore masks with the names of different victims of police brutality.