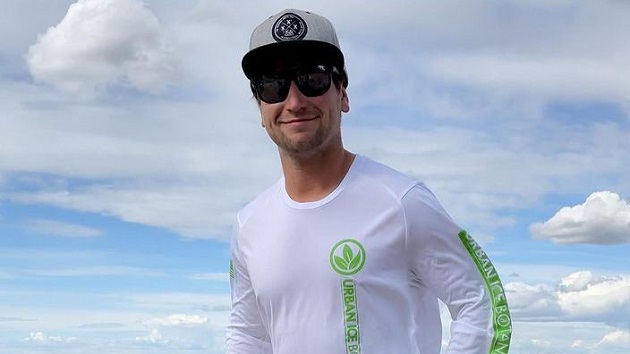 The record jump was set to take place at the Moses Lake Airshow on Thursday morning, but he was fatally injured in a warmup jump prior to the record attempt. It was the first scheduled event of the three-day show.

Harvill was attempting to break the distance record for longest motorcycle jump, set at 351 feet by Robbie Maddison in March 2008.

“Our deepest sympathies go out to Alex’s family, friends and loved ones,” the sheriff’s office said in a statement.

An autopsy was set to be performed on Friday, according to the Grant County coroner.

“We regret to report today at our first event of the airshow — the Guinness World Record Jump Attempt, Alex Harvill was injured during his warm-up before the jump and has been taken to the hospital,” the Moses Lake Airshow said in a statement on its Facebook page. “We do not have more information at this time regarding the incident.”

Harvill, who lived in Ephrata, Washington, was married and had a son, Watson, just last month. He also had an older son named Willis.

“I’ve been riding since I was 4, but before that, I would ride on the front of my dad’s bike,” Harvill told the Columbia Basin Herald in an interview last month about the record jump. “My entire life I’ve ridden dirt bikes and looked up to everyone that races dirt bikes and think of those guys as heroes.”

He already held the record for dirt to dirt distance jump at just over 297 feet, set in 2013.

He has also competed in motocross and supercross racing in addition to distance jumps and stunt work.