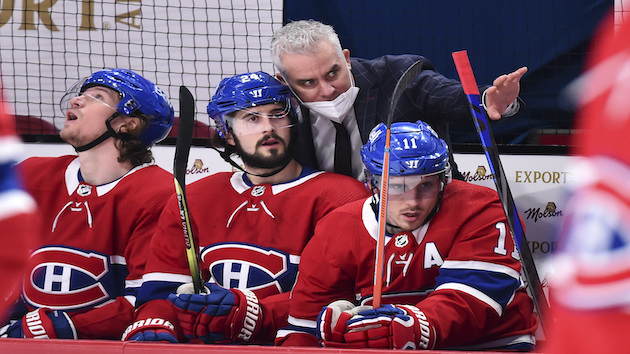 The team promoted Ducharme to interim head coach on February 24 after spending two seasons as an assistant under Claude Julien.

“Dominique has managed to set his system in place and establish himself as a head coach in a very unusual season with challenging circumstances,” said Canadiens general manager Marc Bergevin. “While our team has gone through its fair share of adversity, he has shown a lot of control over the situation as well as showing calm and great leadership. These are important qualities that we look for in a head coach and he fully deserves the chance to lead our team and take it to the next level.”

He led the Canadiens to the Stanley Cup Final, becoming the first head coach where they lost to Tampa Bay 4-1.

“You always think back to your past and your family. July 13th is an important date in our family,” Ducharme told reporters. “It’s the date our parents got married. It’s also five years ago to the day that my father was buried. It’s almost like destiny that this is happening on this particular date. It could’ve happened on the 12th or the 14th, but it all transpired on the 13th.”

Before he joined the Canadiens, the 48-year old was a head coach in the Quebec Major Junior Hockey league and served as Canada’s World Junior Championship head coach in 2017 and 2018.