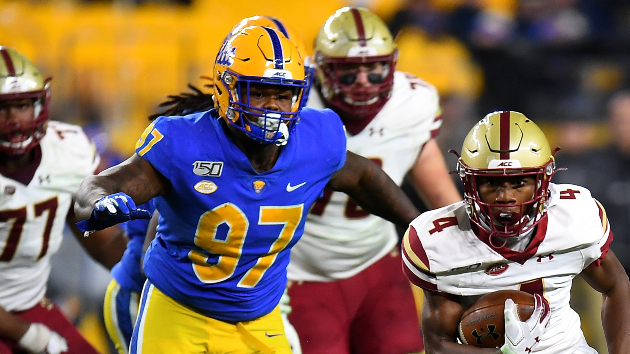 (MINNEAPOLIS) — Minnesota Vikings rookie Jaylen Twyman was one of several people injured in a shooting in Washington, D.C. on Monday, the team said.

Twyman’s agent, Drew Rosenhaus, told ESPN that Twyman was reportedly in a vehicle when he was shot four times — in the arm, leg, buttocks and shoulder. He is expected to be released from the hospital this week.

“There doesn’t appear to be any long-term injuries that would prohibit him from playing this season,” Rosenhaus said.

“Wrong place, wrong time,” Rosenhaus added, noting that Twyman was in Washington to visit a family member. “In talking to him today, he’s going to be okay — that’s all that matters. We’re thankful he’s okay. He will make a full recovery.”

The 21-year-old defensive lineman suffered superficial exit wounds, but Rosenhaus says he will not need surgery.

The team says they are “extremely thankful” that Twyman is expected to recover, and that they have been in contact with Twyman’s family.