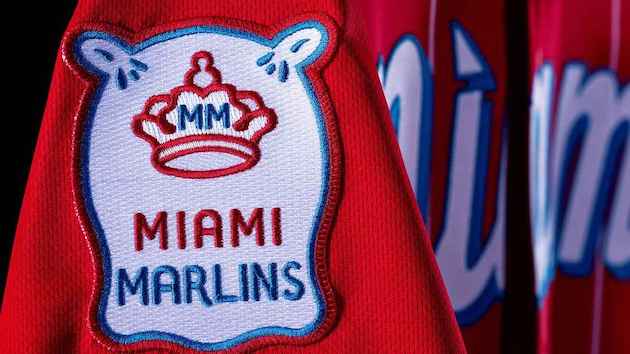 (MIAMI) — The Miami Marlins on Monday unveiled new uniforms to honor the Havana Sugar Kings, a former minor league organization, popular among Cuban-Americans in South Florida. The team was originally called the Havana Cubans, part of the Florida International League, founded by Joe Cambria, a scout of the Washington Senators in 1946.

In 1953, Roberto “Bobby” Maduro became majority owner of the team, changed their name to the Sugar Kings and moved them up to Triple-A team in the International League, affiliated with the Cincinnati Reds.

The “City-Connect” uniforms will be worn for the first time on Friday when the Marlins return home after 10 games on the road to face the New York Mets, a day after Cuban Independence Day. Miami plans to wear the uniforms throughout the weekend and for five other weekend series.

ESPN reports the Marlins are one of seven teams to partner with Nike, Major League Baseball, and use the “City Connect Series” to pay tribute to the cultures in their respective communities. The Marlins are joined by the Boston Red Sox, Arizona Diamondbacks, San Francisco Giants, Los Angeles Dodgers, Chicago Cubs, and Chicago White Sox.

1959 was the height of the Sugar Kings organization. The team finished third in the International League standings, behind the Buffalo Bisons and the Columbus Jets. They swept Columbus in the first round before beating the Richmond Virginians in six games to win the Governors’ Cup Finals and advance to the Junior World Series.

At the Junior World Series, with Fidel Castro who had just come into power as the Prime Minister, and Che Guevara in attendance, Havana beat the Minneapolis Millers in game 7 with a walk-off single in the bottom of the 9th to win their first International League Title.

In 1960, the Sugar Kings began their season in Havana, but with relations between the United States and Cuba deteriorating , the team was forced to relocate to New Jersey. Low attendance and revenue loss would eventually lead the organization to disband.