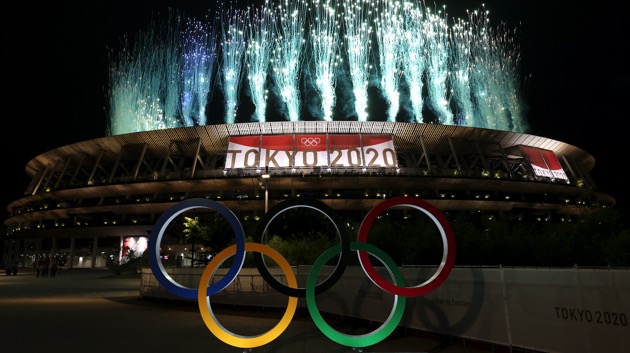 (TOKYO) — Each day, ABC News will give you a roundup of key Olympic moments from the day’s events in Tokyo, happening 13 hours ahead of U.S. Eastern Time. After a 12-month delay, the unprecedented 2020 Summer Olympics is taking place without fans or spectators and under a state of emergency due to the coronavirus pandemic.

Allyson Felix won her 11th medal in the women’s 4x400m relay and has now become the most decorated American track and field athlete of all time, surpassing Carl Lewis’ record of 10 medals. Felix and an all-star cast of Sydney McLaughlin, Dalilah Muhammad and Athing Mu blazed past the competition to win the gold in the 4x400m relay.

The U.S. men’s basketball team defeated France 87-82 to bring home the gold medal for the fourth straight Olympics. The effort was led by Kevin Durant who had 29 points and secured his third gold medal, which tied Carmelo Anthony for the most gold in men’s basketball. This is now Team USA’s 16th gold medal in basketball since 1936.

US track and field makes gold sweep in 4x400m relays, bronze in marathon

Directly after the U.S. women’s team took gold in the 4x400m relay, the men won in a similar dominating fashion, taking the gold in the last track event of the 2020 Olympic Games.

Earlier in the day U.S. runner Molly Seidel finished with the bronze in the marathon.

There were 22 newly confirmed cases of COVID-19 at the Tokyo Olympics on Saturday, all among personnel, contractors or media. The total now stands at 409, according to data released by the Tokyo 2020 organizing committee.

The surrounding city of Tokyo reported 4,566 new cases on Saturday, a new record for the third straight day. The seven-day average increased by 133.3%, according to data from the Tokyo metropolitan government.

The U.S. baseball team was defeated by the host country’s team 2-0, but still brought home a silver medal from the 2020 Olympic Games. This was Japan’s first gold medal in baseball, which was played in the Tokyo Olympics for the first time in 13 years.