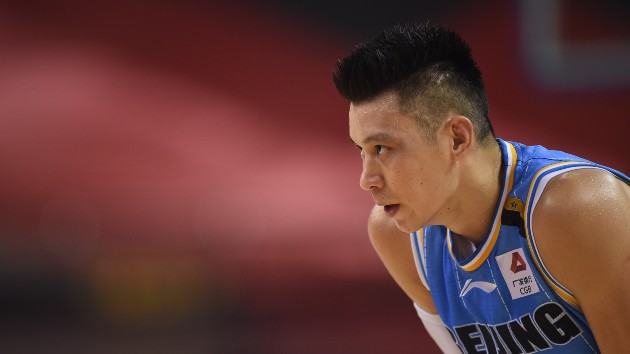 (NEW YORK) — Basketball star Jeremy Lin said he was called “coronavirus” on the court in a social media post in which he denounced racism against Asian Americans.

“Being an Asian American doesn’t mean we don’t experience poverty and racism,” Lin shared on social media late Thursday. “Being a 9-year NBA veteran doesn’t protect me from being called ‘coronavirus’ on the court.”

Racist attacks have soared against the Asian community amid the pandemic as COVID-19 first emerged on the global radar in Wuhan, China.

The 34-year-old athlete, who formerly played point guard for the New York Knicks and the Brooklyn Nets, now plays for the NBA’s G League team the Santa Cruz Warriors, an affiliate of the Golden State Warriors.

Lin encouraged the public to speak up against racist behavior in his post.

“We are tired of Asian American kids growing up and being asked where they’re REALLY from, of having our eyes mocked, of being objectified as exotic or being told we’re inherently unattractive,” he wrote.

“We are tired of being invisible, of being mistaken for our colleague or told our struggles aren’t as real,” he added.

“Really powerful. I applaud Jeremy for his words and echo his sentiments regarding racism against the Asian American community,” Kerr said per ESPN.

Lin, who was born in California to Taiwanese parents, was the first Asian American player to win an NBA championship in 2019 when the Toronto Raptors beat the Golden State Warriors.