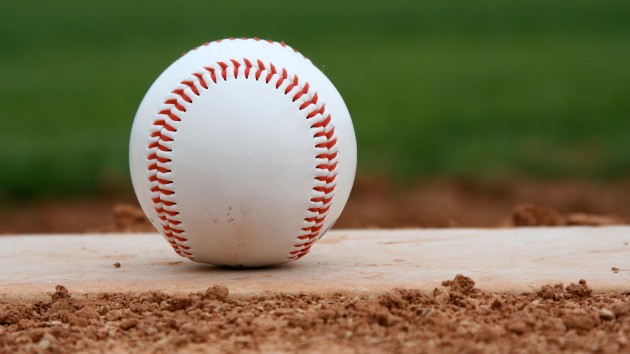 (NEW YORK) — April 1 is Opening Day for the sport long considered America’s “favorite pastime.” This season, MLB will have a record 23 female coaches in its lineup — either on the field or in professional-development roles.

Among the women starting this season is 30-year-old Bianca Smith, who made history in January as the first Black woman hired as a minor league coach by the Boston Red Sox.

“It was crazy,” she told ABC News’ Good Morning America of the moment she landed the role. “I’d been interviewing for a scouting position so the fact that they offered a coaching position was huge for me.”

Smith, who had juggled multiple jobs and internships in the past, including assistant athletic director at Carroll University, is expected to primarily instruct minor leaguers in Fort Myers, Florida.

She said her love of the sport started at an early age and was passed down by her mother, who died in 2013.

“She’s the one who introduced me to the game when I was 3,” Smith shared. “She is a diehard Yankees fan. She would actually be cringing if she saw me even in the [Red Sox] sweatshirt right now.”

Still, Smith said her mom was the person who motivated her as a kid.

In 2019, 33-year-old Rachel Balkovec was hired by the Yankees as the first full-time female hitting coach in the minor leagues.

“I mean the first word that comes to mind is just gratitude, just so many people involved and not just the men who have supported me and hired me, but also women that have come before me, so just really grateful,” Balkovec told GMA.

Her role with the Yankees isn’t the first time she’s made history in professional baseball. In 2014, she was hired by the St. Louis Cardinals as the first full-time female strength and conditioning coordinator in the minor leagues.

Balkovec said her mission is not just to excel as a coach on the field, but also be a “visible idea” to young girls of what’s possible since she said she didn’t have women working in baseball as role models when she was growing up. She uses social media to share her message as well as work as a mentor with young women.

“I just understand that when I signed the paperwork with a major league organization. … I just understood that I was signing up for two jobs,” Balkovec shared. “I just know that being a visible idea is something that I know I need to do, but also what is on my heart and what I want to do.”

As women breaking into a male-dominated industry, Balkovec and Smith said there are roadblocks and barriers that come with it.

“With some perspective, I just always say, being an underdog is an advantage, and I’m glad that I had a longer path,” Balkovec explained. “It’s a gift when someone doesn’t respect you upfront and you have to earn it, because it means that much more when you do earn their respect.”

Smith agreed, adding, “It’s that much more fun when people underestimate you and you prove them wrong.”

Alyssa Nakken, 30, who made history as the first female full-time coach hired by a major league team when she was promoted to assistant coach by the San Francisco Giants, echoed Balkovec and Smith’s outlook on breaking barriers in a male-dominated industry.

“Naturally we tend to just fall into comfort zones and like linear paths … and I think what’s really the most fun and interesting is when you sort of take a step or a turn off that path and then find yourself in a position that has never been done before,” Nakken said. “And then you can help guide and lead the way in helping others get to where they may not know where their ceiling is, and you may be able to help them find something that they never thought that they could do before.”